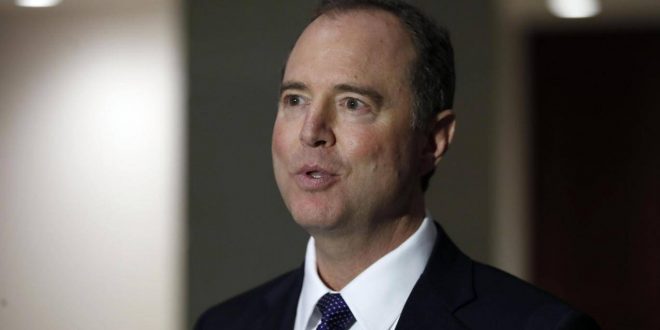 The top Democrat on the House Intelligence Committee has said there is an “abundance” of information about possible Trump campaign collusion with Russia that the public has yet to see.

“There is certainly an abundance of non-public information that we’ve gathered in the investigation,” Representative Adam Schiff told reporters. “ And I think some of that non-public evidence is evidence on the issue of collusion and some … on the issue of obstruction.”

Mr Schiff is the ranking Democrat on the House committee charged with investigating Russian meddling in the US election. The probe is being conducted in parallel with that of special counsel Robert Mueller, who is investigating allegations of collusion by the Trump campaign and obstruction of justice by Donald Trump himself.

Mr Trump has said repeatedly that he did not collude with Russia, and did not obstruct the any investigations into the issue.

But Mr Schiff said on Wednesday that there was “ample” non-classified evidence of Trump campaign collusion already in the public domain. He pointed to a June 2016 meeting between Trump campaign members and a Russian lawyer, and the White House’s misleading statement on that same meeting months later.

Mr Schiff also said that his committee should inform people of any “unpatriotic” or “immoral” actions by the Trump campaign, even if Mr Mueller decides that he cannot file criminal conspiracy charges.

The former federal prosecutor suggested that his committee should move forward by “following the money” – or more specifically, looking into allegations of money laundering.

“We know that in other places they use money laundering as a way of entangling people, as a way of compromising people. To me that is far more potentially compromising than any salacious video would be,” he said.

The comment was reference to a controversial research dossier claiming the Kremlin possesses video of Mr Trump committing salacious acts in a Moscow hotel room. Mr Trump has denied the allegations in the dossier, calling them “fake news”.