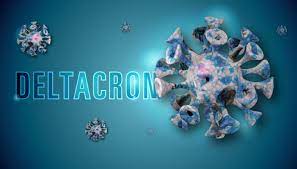 A newly-discovered Covid variant that combines mutations from both Omicron and Delta is “the real thing,” scientists have said.

Earlier in the year, concern was raised after a lab in Cyprus claimed to have found evidence of a Delta-Omicron recombination event – when the two variants co-infect a patient and exchange genetic material to produce a new viral offspring – but experts said the findings were false.

Now, however, virologists from L’Institut Pasteur in Paris have sequenced the genome of a genuine “Deltacron” variant, which has been detected in several regions of France and appears to have been circulating since early January.
“This one is legit,” said Aris Katzourakis, a professor of evolution and genomics at the University of Oxford. “[It is] one to keep an eye on.”

Viral genomes with a similar profile to the Deltacron variant in France have also been discovered in Denmark and the Netherlands, but it has yet to be established if these recombinants derive from the same ancestor.

“The French cluster appears to be a validated occurrence where a recombination event has given rise to a virus fit enough to circulate,” said Dr Stephen Griffin, a virologist at the University of Leeds.

“Whilst it doesn’t seem to have taken off as a dominant strain yet, this could be due to a very slow start based upon seeding density [the number of initial cases].”

The “backbone” of the Deltacron variant is derived from Delta, but its spike protein, which allows the virus to gain entry to human cells, originates from Omicron.

“There are multiple scenarios that can play out here in terms of what this means for people that become infected as this combination of viral proteins may behave differently to either parent,” said Dr Griffin.

In deriving its spike from Omicron, the Deltacron variant could similarly target the upper respiratory pathway, rather than the lungs, Dr Griffin said. “At the same time, there are some parts of Omicron thought to lessen severity that are missing from the recombinant,” he said.

There is no clear data yet whether Deltacron is more infectious or deadly than its predecessors. Dr Griffin said the “fact it persists in the fact of Omicron” suggests its transmissibility “can’t be too shoddy”…