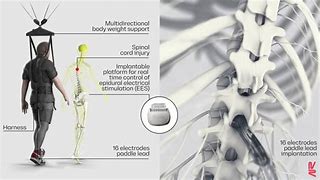 Scientists have identified a group of nerve cells that helps patients with paralysis stand up and walk again.

These nerve cells, or neurons, called Vsx2, are present in the brain stem and the spinal cord and have been found to play a key role in the recovery of motor function after spinal cord injury.

The researchers from Switzerland hailed their findings, published in the journal Nature, as a “clinical breakthrough”.

Study author Jordan Squair, who focuses on regenerative therapies at Neurorestore – a centre set up by scientists in Switzerland to develop new neurosurgical treatments, said: “This paves the way to more targeted treatments for paralysed patients.

“We can now aim to manipulate these neurons to regenerate the spinal cord.”

As part of the clinical trial, the scientists recruited nine participants with severe or complete paralysis caused by spinal cord injury.

The patients received epidural electrical stimulation (EES) treatment – an experimental therapy that helps those regain movement and control that had been lost.

The EES treatment involves implanting a small device over the protective coating of the spinal cord.

The researchers found all patients quickly regained or improved their ability to walk during the treatment and showed improvements in mobility after five months of treatment and rehabilitation.

The authors performed a set of experiments in mice to pinpoint the neurons associated with standing and walking after paralysis.

They found the Vsx2 neurons – a subset of a class of neurons called V2a – to be linked with restored walking after paralysis.

When deactivating these neurons in mice with spinal cord injury, the creatures stopped walking.

But when the same experiment was done on healthy mice, it had no effect.

According to the researchers, this suggests the Vsx2 neurons play a crucial role in the recovery of motor function after spinal cord injury, although these neurons aren’t necessary for walking in healthy mice.

Writing in Nature’s News And Views, Kee Wui Huang and Eiman Azim, scientists at the Salk Institute for Biological Studies in California, who were not involved in the study, said the findings “are consistent with the idea that certain types of spinal neuron that have lost their inputs from the brain after injury can be ‘reawakened’ or repurposed to restore movement if they are given the appropriate combination of stimulation and rehabilitation”.

Study author Jocelyne Bloch, a neurosurgeon at Lausanne University Hospital (CHUV), said: “Our new study, in which nine clinical-trial patients were able to recover some degree of motor function thanks to our implants, is giving us valuable insight into the reorganisation process for spinal cord neurons.” 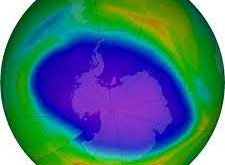 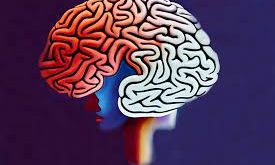 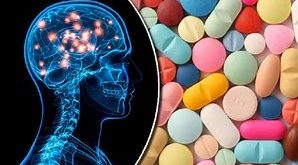