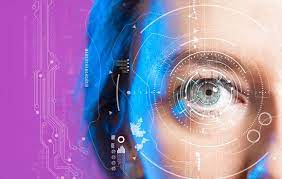 Scientists are developing a simple screening process in which a routine eye test could help predict a person’s heart attack risk, an advance that could lead to new personal health tools.

The yet-to-be peer-reviewed research, scheduled to be presented at the annual conference of the European Society of Human Genetics on Monday, predicts heart attack risk in individuals by combining information about the pattern of blood vessels in the retina with genetic data.

Scientists, including those from the University of Edinburgh in the UK, say the method could lead to accurate prediction of an individual’s risk of coronary artery disease (CAD) and its potentially fatal outcome, myocardial infarction (MI), commonly known as a heart attack.
“First, we studied the branching patterns of the retinal vasculature by calculating a measure named fractal dimension (Df) from data available from the UK Biobank (UKB),” Ana Villaplana-Velasco, a PhD candidate at the University of Edinburgh said in a statement.

The UK Biobank includes demographical, epidemiological, clinical, imaging, and genotyping data from over 500,000 participants across the country.

Scientists then developed a model to predict MI risk by studying UKB participants who had experienced an MI event after the collection of their retinal images.

“Strikingly, we discovered that our model was able to better classify participants with low or high MI risk in UKB when compared with established models that only include demographic data. The improvement of our model was even higher if we added a score related to the genetic propensity of developing MI”, Ms Villaplana-Velasco said.

When scientists looked at the genetics of Df, they found nine regions in the human genome driving retinal vascular branching patterns.

“Four of these regions are known to be involved in cardiovascular disease genetics. In particular, we found that these common genetic regions are involved in processes related to MI severity and recovery,” Ms Villaplana-Velasco explained.

While the average age for an MI is 60, the new model achieved its best predictive performance more than five years before the MI event, scientists say.

Scientists say in the future, a “simple retinal examination” could provide enough information to identify people at risk.

”So the calculation of an individualised MI risk from those over 50 years old would seem to be appropriate,” Ms Villaplan-Velasco said.

”This would enable doctors to suggest behaviours that could reduce risk, such as giving up smoking and maintaining normal cholesterol and blood pressure. Our work once more shows the importance of comprehensive analysis of data that is routinely collected and its value in the further development of personalised medicine,” she added.

Scientists believe variations in the retinal vascular pattern may also help in finding people’s propensity to other diseases and reflect on the development of other diseases, such as diabetic retinopathy and stroke.

Researchers also hope to conduct a separate study on the model, undertaking a sex-specific analysis.

“We know that females with a higher MI or CAD risk tend to have pronounced retinal vascular deviations when compared to the male population. We would like to repeat our analysis separately in males and females to investigate if a sex-specific model for MI completes a better risk classification,” Ms Villaplana-Velasco added. 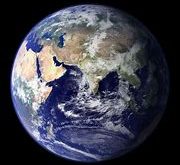 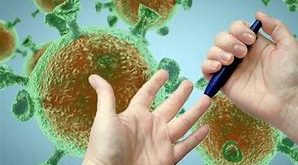