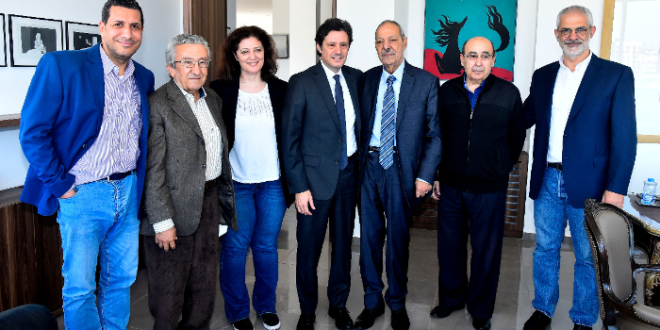 Minister of Information, Ziad Al-Makary, on Monday visited the founder of “As-Safir” newspaper and its editor-in-chief, Talal Salman, at the newspaper’s building in Hamra.

During the visit, Salman stressed the Lebanese youth’s determination to surpass the difficult reality in which Lebanon flounders. He also lauded Minister Al-Makary’s “engagement and spirit of openness to new ideas.”

After the meeting, Al-Makary said: “On a personal level, I have always had a wish to get to know Mr. Talal Salman, and I have always been a reader of ‘As-Safir’ newspaper since my first stages of youth until the daily closed its doors.”

“A cooperation protocol must be prepared, perhaps in the coming days; after a visit as such, one’s memory becomes filled with beautiful ideas that can be implemented to achieve more creativity in the field of media,” Al-Makary added, heaping praise on Salman and deeming him a cultural reference.