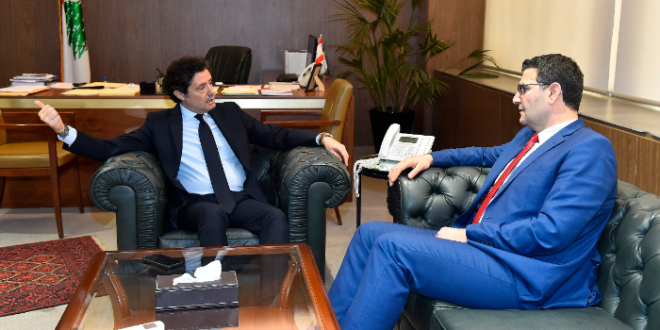 Information Minister, Ziad Makary, on Friday welcomed in his office at the Ministry Minister of Agriculture, Abbas Hajj Hassan, who congratulated him on his new ministerial post.

Minister Hajj Hassan highlighted the central and constructive role of the media in portraying the Country’s positive image and promoting hope in this country, as part of the plan proposed by Minister Makary to advance the Lebanese media, in general, and the official media, in particular.