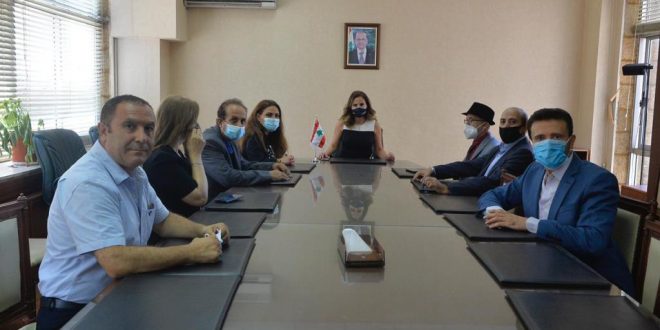 Caretaker Minister of Information, Dr. Manal Abdel Samad Najd, on Tuesday welcomed a delegation representing Spot Shot Films International Festival, which will be held — in its first edition — in Beirut on September 24, 2021.

Head of the delegation, Bilal Khreis, said that the festival, which bears a cultural, artistic, and international character, would be tilted “From my Heart…Peace to Beirut”.

“120 Arab and foreign countries will participate with 2,605 short films,” he added.

Moreover, Khreis asked of Abdel Samad to grant the event her sponsorship and media support, noting that the event had been scheduled before the ill-fated Beirut Port blast on August 4, 2020.

For her part, the Minister of Information welcomed the delegation and praised its  voluntary efforts.

“This festival reflects the beautiful and luminous image of Lebanon, not to mention Lebanon’s culture and art,” she said, adding that she has the honor to sponsor the event.

Abdel Samad finally stressed the importance of attracting foreign companies to work in Lebanon, where the cultural climate is conducive to high-level artistic and media works.