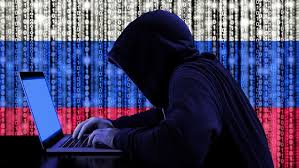 The world is undergoing a cyber attack that is “remarkable for its scope, sophistication and impact”, Microsoft president Brad Smith has warned.

The SolarWinds hack that was revealed in recent days is still “ongoing” and appears to be carried out “by a nation with top-tier offensive capabilities”, Mr Smith warned in a blog post.

He said that the attack was part of a more widespread trend that put the US and the rest of the world under threat and so the example should serve as a “moment of reckoning”.

Officials around the world have scrambled to respond to the SolarWinds hack, which appears to have affected both the most high-powered US government agencies as well as some of the globe’s biggest companies.

The full extent of the attack is still being investigated, including by Microsoft. But it is likely that the unknown attackers have stolen information from the various organisations that have been hit by the attack.

Mr Smith said that while the attack was in keeping with recent trends towards large-scale cyber attacks, the new SolarWinds hack does nonetheless represent a significant change in the way the world works.

“This is not ‘espionage as usual,’ even in the digital age,” he wrote. “Instead, it represents an act of recklessness that created a serious technological vulnerability for the United States and the world. In effect, this is not just an attack on specific targets, but on the trust and reliability of the world’s critical infrastructure in order to advance one nation’s intelligence agency.

“While the most recent attack appears to reflect a particular focus on the United States and many other democracies, it also provides a powerful reminder that people in virtually every country are at risk and need protection irrespective of the governments they live under.”

“In response to that trend, the world needs “a more effective national and global strategy to protect against cyberattacks”, he wrote in the same blog post.

“It will need multiple parts, but perhaps most important, it must start with the recognition that governments and the tech sector will need to act together.”