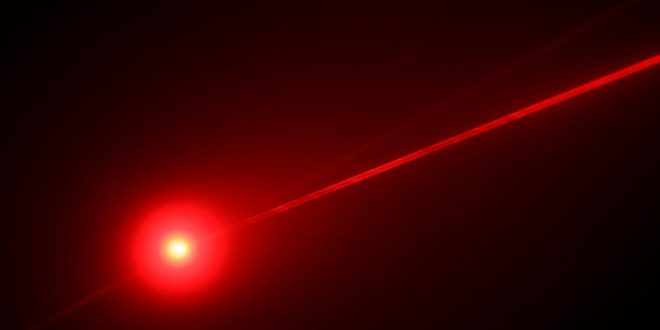 Apple is working on a new type of phone sensor that uses lasers to monitor dangerous particulates in the air, according to a patent filing.

The ‘Particulate matter sensors for portable electronic devices’ patent describes how an array of lasers could detect the presence of poisonous gas, pollen and other potentially harmful elements in the air surrounding a device.

The technology could potentially find its way into next-generation iPhones or a future Apple Watch, though the Cupertino company does not comment on unreleased products.

The patent describes how a three-laser set up would be able to determine the speed and direction of air flow without the need for bulky fans that are typically used in these types of sensors.

While the primary use case for the sensor is with smartphones and smart watches, the patent also mentions that it could work with a variety of other computers and wearables.

In other implementations, [the] electronic device may be a laptop computer, a tablet computer, a somewhat smaller portable device such as a wristwatch device, pendant device, or other wearable or miniature device, a media player, a gaming device, a navigation device, a fitness device, or other electronic equipment,” according to the patent, which was filed with the US Patent and Trademark Office in July but only published on Tuesday.

A companion app would then be able to update the user with air quality reports and alert them if there is cause for concern.