Home / Issues and Investigations / NHS Coronavirus APP: Future Updates Will Warn Users If They Are Exposing Themselves To Too Many People, Developers Say 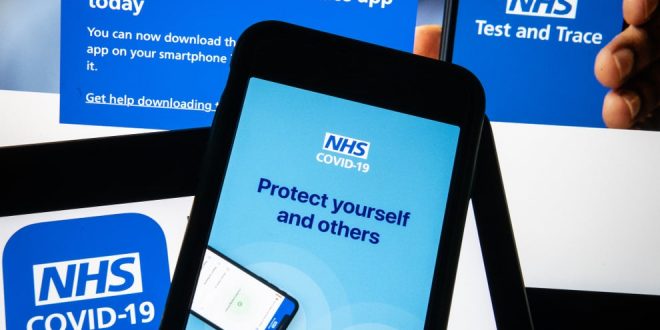 A future version of the NHS Covid-19 app could warn users if they are exposing themselves to too many people, the developers say.

The app has finally launched, after months of development and extensive testing in Newham and the Isle of Wight.

But other features will be coming, including a “personalised risk score” and a tool to trace people from other countries, according to those behind it.

Contact-tracing apps rely on smartphone Bluetooth to keep an anonymous log of others also using the service, automatically informing people if someone that has been within close proximity later tests positive.
Zuhlke Engineering was awarded more than £5 million across two contracts for development and support on the much-delayed project.
The firm’s chief executive, Wolfgang Emmerich, told the PA news agency that the app is “rock solid”, but developers would continue to improve it over the next six months.

He said one area being worked on is a “personalised risk score” rather than a neighbourhood one, based on how many Bluetooth hits a person receives from others.

“That might actually help people get a feel for how risky a life they lead,” he said.

Mr Emmerich said international interoperability needs co-ordination with international partners to work, as well as the creation of a central repository of the anonymous ID keys used to ping people if they have been in close contact with someone who tests positive.

“I don’t have a design ready for it yet, I can’t tell you how that will work, it requires co-ordination with international partners, it is ongoing, it is on the road-map for the next six months,” he explained.

Although Mr Emmerich was not able to confirm the exact adoption rate of the app during testing on the Isle of Wight and in the London borough of Newham, he said the trial phase “confirmed that the app is working”.

“We confirmed that people are happy to use the app to check in to particular venues that display the Test and Trace poster with a QR code at their entrance.”

Reflecting on the first app that was eventually scrapped, Mr Emmerich said his team advised such a move in June because of battery handling limitations on iOS.

The original app drained battery considerably more because it would only work on iOS if it was in the foreground.

The final app only takes about 2-3% of power per day.

“What ultimately sealed the demise of the first app is that Apple point blank refused to sacrifice battery power for enabling Bluetooth apps to scan for Bluetooth pings for beacon information in the background,” he said.

“That’s a trade-off decision that a company like Apple can sensibly make, there are good commercial and good engineering reasons for making those decisions but that ultimately prevented the first app from functioning reliably.”