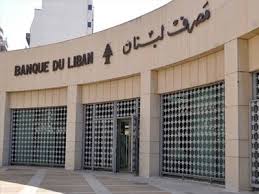 In the expected move, the agency also downgraded the senior unsecured Medium Term Note (MTN) Program rating to (P)C from (P)Ca and affirmed the other short-term rating at (P)NP.

“The C rating reflects Moody’s assessment that the losses incurred by bondholders through Lebanon’s current default are likely to exceed 65 percent,” it said in its report in Lebanon. “The country is steeped in an economic, financial and social crisis, which very weak institutions and governance strength appear unable to address.”

The report added that the collapse of the currency in the parallel market and the concomitant surge in inflation fuel a highly unstable environment.

“In the absence of key steps toward plausible economic and fiscal policy reform, official external funding support to accompany a government debt restructuring is not forthcoming. The decision not to assign an outlook to the rating is based on the very high likelihood of significant losses for private creditors and the fact that C is the lowest rating in Moody’s rating scale,” Moody’s said.

Moody’s argues that Lebanon is steeped in a severe economic, financial and social crisis, with the level of economic activity plunging at a fast rate, the currency plummeting in the parallel exchange rate market, inflation skyrocketing, and an increasing part of the population without a job or income prospects.