Home / Issues and Investigations / After six months of coronavirus, how close are we to defeating it? 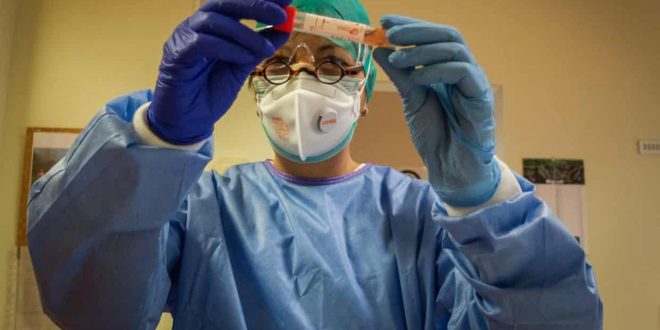 After six months of coronavirus, how close are we to defeating it?

Covid-19 has now been afflicting humans for six months – first in China and later in other nations as the virus embarked on its global conquest. The experience has been a grim one for our species. To date, more than six million people have been infected and an estimated 400,000 have died, a toll that will inevitably continue to rise for years to come.

Our world has been transformed in the process. Lockdowns have been imposed, borders have been closed, care homes for the elderly have been ravaged by illness, and national economies placed under extreme strain.

Yet we have only reached the halfway point of the disease’s progress towards its first anniversary, timing that raises a host of concerns and questions about our ability to navigate our way through this pandemic. What exactly have we learned about Covid-19 over the past six months? How quickly and how well have we responded to the challenges posed by it?

And, much more importantly, what questions do we most urgently need to answer over the next six months? Answers from researchers and doctors should tell us how we might survive one of the worst crises to affect humanity in modern times.

One emphatic response from scientists stresses that it is now clear we were very badly prepared for the arrival of Covid-19. “This disease has turned out to be much worse than any of the pandemics that we had been anticipating and making plans to counter,” said Martin Hibberd, professor of emerging infectious diseases at the London School of Hygiene & Tropical Medicine.

“It has a 1% death rate and it is highly transmissible, features that were considered to be highly unlikely for any new emerging disease we thought we might face. Such features represent the worst possible realistic scenario that we could envisage and lie at the very limit of what we thought we should expect. So the pandemic we have got now is about as bad as we thought it could ever get. It is a very sobering prospect.”

This point was also stressed by David Nabarro, professor of global health at Imperial College London, and an envoy for the World Health Organization on Covid-19. “When we first encountered this disease, we thought it was just a respiratory illness that affected the upper part of the chest. Now it is clear that it can cause illnesses of the sinus; can affect the lining of blood vessels and can lead to blood clots developing. The disease has also been linked to extreme fatigue, kidney damage and heart attacks – and quite often in relatively young people. This is not a disease to be underestimated.”

Nor is it likely to disappear in the near future, added Mark Woolhouse, professor of infectious disease epidemiology at Edinburgh University. “Having lived with Covid-19 for six months now, the most important thing we have learned is that we are going to have to live with it for an awful lot longer. Essentially we are six months into a lifelong relationship.”

In such circumstances, lockdown – which Woolhouse described as “a panic measure” but a necessary one – is no longer sustainable and the problem we face over the coming months is to find ways to keep the disease at bay without recourse to imposing lockdown restrictions and their associated economic and emotional harm. And that will not be easy – as has been made clear from other lessons learned over the past six months, Woolhouse added.

“The one key feature that we have come to appreciate about Covid-19 is that it is a disease of old age,” he said. “The chance that a person over 75 will die from it is actually 10,000 times greater than it is for a 15-year-old who gets infected. It is really striking.”

The problems concerning the disease’s impact on adults start when a person reaches 50 and get exponentially greater for each additional year of age. “That means a significant proportion of our population – those over 75 – need protecting from this virus because its consequences for them are extremely serious,” added Woolhouse. “But is it right to lock up grandchildren to save their grandparents? In a sense that is what we have been doing up until now.”

One idea would be to put extremely strict biosecurity systems around care homes to ensure the coronavirus never gets into them. Staff – from cleaners to carers – would be tested constantly for the presence of the virus. “Nobody would be allowed to enter without a same-day test,” said Woolhouse. “It is as simple as that.”

But as Woolhouse acknowledged, the vast majority of those over 75 don’t live in care homes. They live in their own houses. “That means we are going to have to invent the concept of household biosecurity for these people. That is one of the most urgent tasks we now face.”

Implementing such ideas has only become feasible because virus testing technology has improved both in accuracy and scale over the past couple of months. And that offers other advantages and opportunities to understand other questions about Covid-19, said Anne Johnson, professor of epidemiology at University College London.

With the development of new virus and antibody tests, there should therefore be far greater, data-based understanding of the appearance and spread of Covid-19 cases in Britain. She said: “Simple details of time, place and person – we are crying out for that information in order to really understand this epidemic. We have got to be forensic in our efforts to pinpoint chains of transmission so we can stamp them out.”

A major problem in trying to track and control Covid-19 has arisen because infections are often being spread by symptomless carriers, Johnson added. “At first we did not realise that people could be transmitting unwittingly. That has been a key lesson of the past few months.”

Collecting detailed epidemiological data should now be a priority for coming months, said Johnson. “What is the age, gender, ethnicity and the postal code of people who test positive? And is that infected person a healthcare worker, or are they a relative of one, or are they living with one? Once you can establish these facts quickly, then you will make an enormous difference in closing down the disease. In effect, we are entering the realm of the bug detective.”

And then there is the critical issue of the kind of immunity that has been acquired by those already infected by the virus. “Studies suggest antibodies are raised in patients’ blood after they are infected and these could provide protection against future Covid-19 infections,” said Hibberd. “Reasonable estimates suggest protection might last for periods of between six months to a couple of years. However, we need to find out exactly how long such protection will last because it will have an important bearing on how the disease progresses through a population.”

The longer that antibodies provide protection then the slower the disease will spread. As a result, scientists are asking that those individuals who were among the first to be infected have their blood sampled and their antibody levels tested. “Have numbers of antibodies in their blood held steady or have they started to go down after only a few months? That is key research and it needs to be done now,” said Hibberd.

For those who were on the front line dealing with Covid-19 cases when significant numbers began to arrive in hospitals in April, the battle to save patients overwhelmed by critical breathing difficulties was a fraught and often bewildering business. Slowly doctors and nursing staff have improved treatments, however. “We are much better now at pinpointing those who will need intensive care and those who can be sent home,” said Tom Wingfield, a clinician based at the Liverpool School of Tropical Medicine.

“And some promising techniques have emerged in the interim – such as the potential for continuous positive airway pressure machines, respirators that fit round your face, to help patients breathe. These are showing encouraging results.”

However, Wingfield stressed there were still many unknowns about the impact of Covid-19 on patients. “For example, it has become clear that many patients are having blood clots, and the sicker you are the more likely it is you have one. But what we don’t know yet is which patients should be given blood thinners from the day they arrive to counter this clotting. Nor do we know how long we should continue that treatment.

“The crucial point is that we are gathering data all the time – from blood tests, oxygen levels, respiratory rates – and hopefully that will help us to predict who is likely to have the worst reaction to the virus and who should be given the most intense treatments. In another six months, we should be much better informed.”

In the long term a vaccine may emerge as humanity’s saviour. However, most scientists believe it is a relatively far-off prospect – one that is unlikely to reach us for a year or two at best. As Woolhouse put it: “A vaccine is a hope, not a strategy.”

This point was also stressed by Nabarro: “We have got to get out of this mirage sense that all will be resolved when a vaccine appears at the end of this year to save us. That is not going to happen. And even when we do get a vaccine that is safe and works, there is still the issue of how we get it to the 7.8 billion people who inhabit our planet. The global eradication of a disease is a very, very difficult business. We managed it with polio eventually, but we are still trying to get rid of measles.”

However, there is still some room for optimism, say scientists. “Yes, a vaccine is some way off but antiviral therapies look more hopeful,” said Hibberd. “Trials are now under way for a number of antiviral drugs that were developed to deal with other diseases but which are now being repurposed in the hope that they can be used to tackle Covid-19. Results are expected in a few months.

“If successful, some of these could help cut death rates. We might get it from 1% right down to 0.1%. In combination with improved testing and greater understanding of our immune systems and antibody level responses to Covid-19, then I think we would find ourselves in a very different, much better position in six months. I am hopeful.”