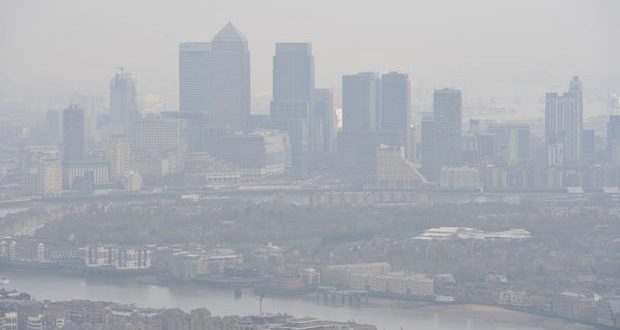 The failure to consider air pollution as a factor in the higher rates of coronavirus deaths among minority ethnic groups is “astonishing” and “wholly irresponsible”, according to critics of a Public Health England review.

The PHE report released on Tuesday confirmed the disproportionate impact of Covid-19 on people from ethnic minorities but did not mention air pollution. Minorities in the UK, US and elsewhere are known to generally experience higher levels of air pollution, and there is growing evidence around the world linking exposure to dirty air exposure to increased coronavirus infections and deaths.

Scientists said air pollution should “absolutely” be considered and that it could have a double effect, with long-term exposure weakening lungs and hearts and short-term exposure potentially making viral infection more likely. Before the pandemic, air pollution was estimated to cause 40,000 early deaths a year in the UK, about the same number as the official UK coronavirus death toll to date.

“I find it astonishing that they didn’t look at air pollution,” said Rosamund Kissi-Debrah, a World Health Organization advocate for health and air quality. Her daughter Ella died in 2013 from a severe asthma attack that medical experts have now linked to spikes in air pollution.

“Air pollution is linked to diabetes, strokes, heart attacks, asthma attacks, and those with underlying health conditions are dying more from Covid-19,” she said. “So I expected the black and minority ethnic community to come out worse, because health inequalities are worst in the BAME community, let alone adding a lethal respiratory virus.

“Some people will say air pollution in itself is racism because, yet again, it disproportionately affects black people – Covid-19 has just made it more obvious.”

Geraint Davies, the chair of the all-party parliamentary group on air pollution, said: “It is wholly irresponsible for PHE not to correct for air pollution and occupation. The review therefore wrongly projects the idea that [minority ethnic] communities may be more susceptible to coronavirus, when it should instead say they are put into harm’s way by living in more polluted areas and by being overrepresented amongst frontline workers.”

Prof Jonathan Grigg, of Queen Mary University of London, a member of the Committee on the Medical Effects of Air Pollutants, which advises the government, said: “Air pollution absolutely should be part of the consideration. It’s entirely plausible [and] we should at least ask the question.

“You might get a double hit” from long- and short-term exposure to dirty air,” he said. “[Exposed groups] will have a vulnerability due to air pollution coming into Covid, so it will contribute to some extent, but it is difficult to say to what extent.”

Prof Francesca Dominici, of Harvard University in the US, also said pollution was an important factor. “We have a large body of evidence that health risks associated with air pollution exposure are higher among ethnic minorities.” Her research has shown that even a small increase in previous pollution exposure is linked to an 8% rise in Covid-19 deaths.

The PHE report was heavily criticised for a lack of recommendations on how to reduce the disproportionate impact among people from ethnic minorities and for removing a section detailing responses from third parties, many of whom highlighted structural racism. On Thursday the equalities minister, Kemi Badenoch, rejected claims that “systemic injustice” was the reason for the disparities. Scientists say it is unlikely that any genetic factors play a major role.

Badenoch said it was clear “that much more needs to be done to understand the key drivers of the disparities”, and said PHE did not make recommendations because the data needed was not available. On Friday the Equality and Human Rights Commission said it would carry out an in-depth analysis and develop urgent recommendations to address the loss of lives of people from ethnic minorities.

A PHE spokeswoman said: “The review looked at factors including age, sex, geography, ethnicity, occupation and deprivation. These were set out in the terms of reference for the work. To further understand the disparities, PHE’s work will be complemented by studies to be undertaken in response to a research call.”

Winston Morgan, a toxicologist and clinical biochemist at the University of East London, said: “The fact that we can map death rates from Covid-19 on to almost all other negative societal outcomes is all the evidence we need to know the main problem is with structural racism.

“A simple genetic cause linked to race does not make scientific sense. The data shows the affected groups transcend the classical definitions of both race and ethnicity. That is not to say when we examine all the data in the future we will not find a very tiny sub-population with a mutation which makes them more susceptible. But many find it easier to use race rather than racism as an explanation, partly because you can link it to something inherent in the victims.”

Dominici said: “I really doubt that genetic factors play a bigger role than environmental and societal factors and racism.”

Issy Bray, a health statistics expert at the University of the West of England, said: “We cannot rule it out, as other diseases do affect certain ethnic groups for genetic reasons, eg sickle cell anaemia. However, it is already clear that the relationship between ethnicity and risk of coronavirus is at least partially explained by a range of societal factors, and it is these inequalities that we should be tackling.”

The scientists said the influence of air pollution could be singled out if carefully analysed alongside other important factors such as population density, deprivation, occupation and obesity, ideally using data on individuals. Bray said smartphone apps that monitor symptoms could be useful by providing large amounts of personal and location data.