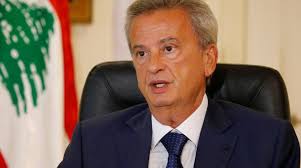 Central Bank Governor Riad Salameh on Tuesday issued a memo asking banks to allow depositors with foreign currency accounts exceeding $5,000 in value to withdraw their savings in Lebanese pounds at the “market rate,” likely to signify 2,600 pounds to the dollar.

He had issued a similar memo in recent weeks related to accounts containing less than $5,000 each.

Salameh said he issued the memo “out of keenness on the public interest amid the current extraordinary circumstances that the country is going through,” noting that the resolution is valid for six months.

The memo says each bank would apply its own “measures and limits” in implementing the resolution.

A liquidity crisis had seen banks gradually restrict access to dollars and halt transfers abroad since late 2019, leading the value of the Lebanese pound to plummet on the black market.

For decades, the Lebanese pound has been used interchangeably with the dollar at a fixed exchange rate of 1,507 pounds to the greenback.

A dollar is now worth more than 3,000 pounds on the black market and prices have shot up in recent months.

On March 30, banks suspended dollar withdrawals until the airport reopens, after authorities grounded flights to halt the spread of the novel coronavirus.

Those with dollar accounts had been frustrated at their inability to take out most of their cash to exchange it at a better rate from unofficial money changers, with some banks already capping withdrawals at as low as $400 a month.

Lebanese banks stand accused of transferring millions of dollars abroad while preventing others from doing so after the start of mass protests against the political elite last October.