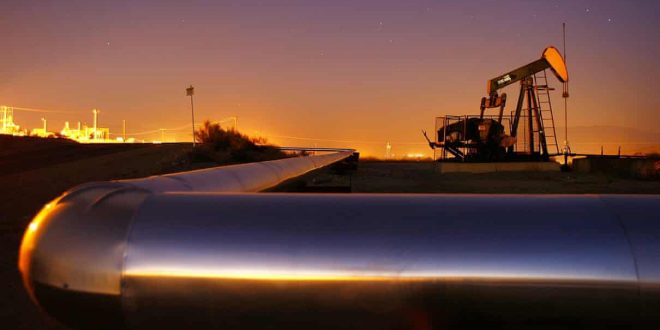 US oil prices fall back below zero amid coronavirus crisis

US oil markets have fallen back below zero as the coronavirus crisis continues to take a toll on oil demand.

The US oil price – which turned negative for the first time in market history on Monday – climbed above zero overnight before slumping back to -$4.29 a barrel as trading began in Europe on Tuesday. A negative price means that traders are paying customers to take the oil off their hands and it is the result of the US running out of space to store a glut of crudecaused by the global coronavirus lockdown.

The West Texas Intermediate (WTI), the benchmark for US crude prices, crashed to -$40 a barrel on Monday as oil storage facilities filled to the brim and producers were forced to pay buyers to take their barrels.

John Browne, who was the head of BP from 1995 to 2007, said the negative US prices would remain low due to a chronic oversupply of crude in the global market.

“The prices will be very low and I think they will remain low and very volatile for some considerable time,” Browne told the BBC. “There is still a lot of oil being produced that is going into storage and not being used.

“This is very reminiscent of a time in the mid-1980s when exactly the same situation happened – too much supply, too little demand and prices of oil stayed low for 17 years.”

The 1980s glut sent oil prices tumbling and played a key role in the collapse of the Soviet Union and a political crisis in Algeria which led to a civil war.

The US market collapse marks the first time that the price of an important oil benchmark has tumbled below zero, and underlines the severity of the crisis facing producers in the months ahead.

The negative prices were for WTI oil delivered in May, when demand for crude is forecast to fall to its lowest point and before production cuts intended to ease the market oversupply begin to take effect from next month. The WTI price for oil for delivery in June stands at just over $20 a barrel.

In other global markets, oil prices are significantly lower than they were at the beginning of the year but are faring better than in the US, which faces unique challenges and higher costs to access major storage sites from landlocked oilfields.

The price of Brent crude, the international oil benchmark, traded at just below $22 a barrel on Tuesday, around two-thirds lower than it was in January before the outbreak of Covid-19 in China raised concerns in the market.

Louise Dickson, an oil analyst at the research firm Rystad Energy, said the collapse brought to an end the “price utopia” and “wishful thinking” that had helped prices defy gravity since the outbreak of the virus.

“This moment is of course historical and could not better illustrate the price utopia that the market has been in since March, when the full scale of the oversupply problem started to become evident but the market remained oblivious,” she said.

“But now reality is sinking in. Today will mark a shift in the calculus of shale players, who are already selling at a loss to hold on long enough until peers begin to fold.”