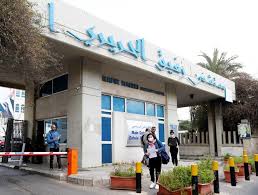 Rafic Hariri University Hospital released on Wednesday its daily report on the latest developments on coronavirus.

The report stated that the total number of laboratory-confirmed infected cases that were quarantined in the hospital’s health isolation section reached 56 cases, including 2 cases transferred to the Hariri Hospital from other hospitals.

The hospital report also indicated that six infected cases have recovered today after their PCR examination test results were negative in both times, bringing the total number of full recoveries to 43 cases.

Hariri hospital also reported the death of two patients, one in his 50s and the other in his 60s suffering from chronic diseases.