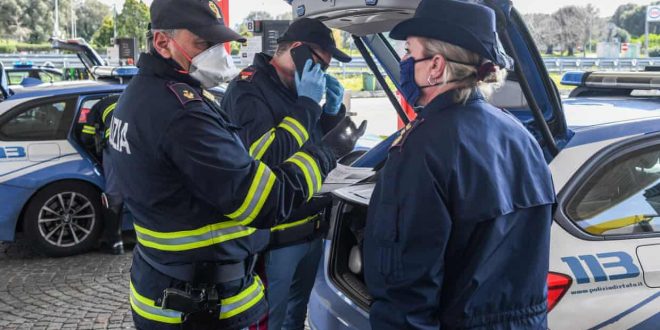 Leaders are warned that if division prevails, pandemic will be more destructive than Brexit, migration and bailout crises

The European Union has weathered the storms of eurozone bailouts, the migration crisis and Brexit, but some fear coronavirus could be even more destructive.

In a rare intervention Jacques Delors, the former European commission president who helped build the modern EU, broke his silence last weekend to warn that lack of solidarity posed “a mortal danger to the European Union”.

Enrico Letta, a former prime minister of Italy, has said the EU faces a “deadly risk” from the global pandemic. “We are facing a crisis that is different from previous crises,” he told the Guardian – partly, he said, because of the unpredictable progression of the virus, partly because “Europeanism” has been weakened by other crises of the past decade.

“The communitarian spirit of Europe is weaker today than 10 years ago,” he said, adding that the biggest danger for the EU was “the Trump virus”.

If everyone took the strategy of “Italy first”, “Belgium first” or “Germany first”, he said, “we will all sink altogether”.

“This is definitely a make-it-or-break-it moment for the European project,” said Nathalie Tocci, a former adviser to the EU foreign policy chief. “If it goes badly this really risks being the end of the union. It fuels all the nationalist-populism.”

She points out, however, that so far Italy’s far-right leader, Matteo Salvini, has plummeted in the polls, while the popularity of the lawprofessor-turned-prime minister, Giuseppe Conte, has risen. “In some respects, the public actually want the rational, moderate, reassuring but firm kind of leader.”

Europe has moved on from an initial me-first response, where some countries imposed export bans on vital medical kit, or put up border controls that left other European citizens stranded. Germany, Austria and Luxembourg have opened their hospitals to treat patients from the hardest-hit countries. France and Germany have donated more masks to Italy than China, according to the EU executive, which trumpeted the statistics on social media amid alarm it was losing the “the global battle of narratives”over “the politics of generosity”. In the early phase of the crisis, Russia and China sent medical supplies to Italy, while its nearest neighbours failed to immediately respond to Rome’s calls for help.

While European leaders have converged on a response to the public health crisis – a pledge to revamp the EU crisis management system, funding for vaccine research and joint procurement of medical kit – countries remain divided over how to help the economy weather the storm. The pandemic has reopened the wounds of the eurozone crisis, resurrecting stereotypes about “profligate” southern Europeans and “hard-hearted” northerners. “Each crisis has reduced trust between member states and within the whole system and this is a real problem,” said Heather Grabbe, a former adviser to the EU enlargement commissioner.

The Dutch finance minister, Wopke Hoekstra, voiced contrition this week after infuriating his neighbours by asking why other governments didn’t have fiscal buffers to deal with the financial shock of the coronavirus. His comments were described as “repugnant”, “small-minded” and “a threat to the EU’s future” by Portugal’s prime minister, António Costa.

Europe is still entrenched in two camps over how to respond to the economic fallout caused by Covid-19. France, Italy, Spain and at least half a dozen others want to break with convention by issuing joint eurozone debt, so-called “corona bonds”. Germany, Austria and the Netherlands continue to shun the idea. At a summit last week European leaders failed to reach a decision, passing the problem to finance ministers, who have been instructed to find a way out of the impasse by next week.

Meanwhile, the all-consuming coronavirus crisis threatens to divert EU attention from the erosion of democratic standards in Hungary. A newly adopted emergency law caps Viktor Orbán’s decade-long project of centralising power that has left Hungary the first EU country to be classed as only “partly free” by Freedom House.

Grabbe, who now leads the Open Society European Policy Institute in Brussels, thinks attention on the virus risks lessening attention on Hungary. “Orbán is very skilled at choosing his political moment,” she says. “He has often done this before when politicians in other countries are distracted. He introduces new measures and waits for the fuss to die down.”

Luuk van Middelaar, a professor of EU law who worked for the European council president during the eurozone crisis, believes the EU can improvise a way out of current divisions. “The EU is internally ill-equipped to deal with any crisis or unforeseen circumstances, and yet each time under the pressure of events it improvises solutions.”

During the eurozone crisis it took “two years of drama and near-death experiences” to fashion the solution of European banking union, “as it always takes time for interests and minds to converge … This time we don’t have that much time so that is worrying.”

Tocci, director of Italy’s Institute for International Affairs, thinks the EU can rescue the situation by moving the coronabonds debate on to more “cool-headed, technical” terrain. “Who is actually going to emit these bonds … What are these bonds going to be for? And if one actually manages to give specific technical answers to these questions then it could be an opportunity to break the ice on a debate that has become so polarised.”

Letta envisages a “corona deal” that avoids the divisive question of mutualised debt by having bonds issued by the European Investment Bank, the EU’s lending arm. But Germany and the Netherlands also need to move, according to the Italian former prime minister. “The key point to the Germans and the Dutch: please don’t block, don’t stop European measures that we can take together.”

Any deal carries the seeds of a future argument. Every time the EU has strengthened its hand in response to a crisis, whether centralised refugee policy or oversight of national budgets, there has been resistance and resentment, according to Middelaar. “The Germans have still not fully digested the role of the European Central Bank as the lender of last resort,” he said while mandatory refugee quotas deepened the cleavage between western and central European countries. “It’s just worth remembering that Italy does not have a monopoly on Eurosceptic politicians. In Germany and the Netherlands there are also Eurosceptics waiting to exploit this issue.”

European leaders’ response will ultimately shape public opinion. When Italians felt they had been left alone by Europe in the early phase of the pandemic, confidence in the European project shrank. A poll conducted on 12-13 March found that 88% of Italians felt Europe was failing to support Italy, while 67% saw EU membership as a disadvantage – a remarkable result for a founding member state, where the EU once basked in high levels of support.

If European division prevails, the memory will stick of the time when China and Russia rushed to Italy’s aid, thinks Tocci. Italian confidence in the EU “depends more on what Europe does than what the Chinese and Russia do”.

“I think that the jury is still out as to whether Europe is going to do what it takes to come out stronger from this.”