Home / Issues and Investigations / Hidden planet might be orbiting the nearest star to our sun, scientists say 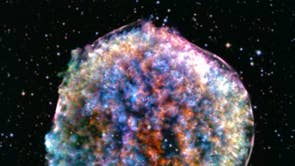 The star closest to the Sun might have a second, hidden planet, scientists say.

Proxima Centauri, the solar system that is our nearest neighbour, is already known to be home to one planet.

But scientists say they have seen clues that there is another planet there, which remains mostly undiscovered.

The candidate planet orbits around the star every 5.2 years and is thought to be a “super-Earth”. Its mass would be higher than our own planet, but not as large as the ice giants Uranus and Neptune that inhabit our own solar system.
If the possible planet is confirmed, it could show us how lower mass planets are formed around small stars, the scientists write in a new paper published in the journal Science Advances.

It could also lead us to re-think our understanding of how such super-Earths are formed. Scientists believe that they largely come about in the “snowline”, where they are at the right distance from their star as to have water turn into solid ice, but the planet would dwell much further away than that zone.

The other known planet that inhabits the same solar system, which is known as Proxima b, already thrilled astronomers when it was discovered. It is described as perhaps one of the best places anywhere for humanity to potentially find life, with all the right conditions, and is close enough that it could one day be visited by robots from Earth.

Scientists have long wondered whether Proxima Centauri could have another planet orbiting around it.

That became even more of a possibility when the Atacama Large Millimeter/submillimeter Array observatory in Chile spotted an unknown source of light spectrum signals coming from the solar system. At the time, scientists wondered whether the mysterious light was coming from another planet, leaking out from a nearby galaxy – or if it might be something else entirely.

In the newly published study, scientists analysed further data about the signal. They found that changes in the light indicated that a planet could be there – but that further examination would be needed to confirm it. 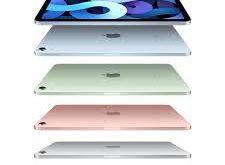 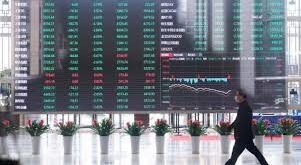 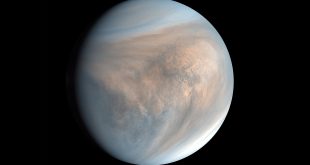