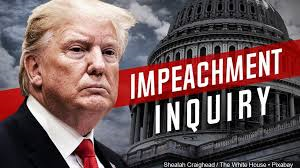 Whether or not Nancy Pelosi is the “absolute worst Speaker of the House in US history”, as Donald Trump insists, the Democrat said on Sunday her caucus will meet on Tuesday to decide when to transmit two articles of impeachment to the Senate for trial.

Preparations continue for a piece of pure Washington theatre. Richard Nixon resigned before he could be impeached, which makes Trump only the third president to face trial in the Senate, a process Andrew Johnson and Bill Clinton survived.

The articles of impeachment were approved before Christmas but Pelosi delayed sending them to the Senate while Democrats sought to negotiate trial rules with Republicans who hold the upper chamber.

Democrats want former national security adviser John Bolton and other key Trump aides to appear as witnesses and new evidence to be presented. Bolton has said he will appear if served with a subpoena.

In an interview with Fox News broadcast on Friday night, Trump made clear that he would block such testimony, citing executive privilege.

Majority leader Mitch McConnell remains in lockstep with the White House, saying he has not ruled out new witnesses but emphasising that impeachment is a political rather than a judicial process and promising the case against Trump will quickly be dismissed.

Republicans have followed their leader, regardless of the oath they will take to be impartial jurors. Democratic hopes that moderates such as Susan Collins of Maine and Lisa Murkowski of Alaska might force the calling of witnesses seem to have been in vain.

“It’s about a fair trial,” Pelosi told ABC’s This Week on Sunday. “They take an oath to have a fair trial and we think that would be with witnesses and documentation. Now the ball is in their court to either do that or pay a price for not doing that.”

Pelosi said McConnell’s behaviour, including signing up to a resolution to dismiss the charges against Trump without a trial, was “vastly unusual”.

“Dismissing is a cover-up,” she said.

The case against Trump is that he abused his power, by seeking investigations in Ukraine regarding a conspiracy theory about election interference and alleged corruption involving former vice-president Joe Biden, and then obstructed Congress in its attempts to investigate the affair.

In House hearings, witnesses detailed the withholding of nearly $400m in military aid as well as promises of a White House meeting for Ukraine’s president, Volodymyr Zelinskiy. Bolton, who sought a judge’s opinion on whether he should testify, thereby delaying a decision until the articles were approved, emerged as a key figure.

For example, Fiona Hill, a British-born former White House expert on Russia policy, explained how Bolton called efforts towards the Kyiv government by Trump lawyer Rudy Giuliani and others a “drug deal” in which he wanted no part.

Even if Republicans do allow new witnesses and documentation, a two-thirds majority of 100 senators would be required to remove Trump – a vastly unlikely outcome.

But leading Democrats, among them Senate minority leader Chuck Schumer and Adam Schiff, chairman of the House intelligence committee, have pointed to the emergence of new reporting on the Ukraine scandal as a benefit of Pelosi’s delay.

Pelosi told ABC: “We have confidence in our case that this is impeachable and the president is impeached for life, regardless of any gamesmanship on the part of Mitch McConnell. We’re confident in the impeachment and we think that’s enough testimony to remove [Trump] from office.”

On Saturday a CNN/Des Moines Register/Mediacom poll of Iowa voters, released ahead of the caucuses which kick-off the Democratic primary on 3 February, said 45% of voters in the state, of either party, disapproved of the process while 43% approved. Nationally, polls site fivethirtyeight.com puts support for removing Trump at 50.2%, to 46.2% against.

Trump spent the weekend presenting his aggressive moves against Iran as a contrast to alleged Democratic inaction domestically. Pelosi “is obsessed with impeachment”, he told Fox News host Laura Ingraham. “She has done nothing. She is going to go down as one of the worst speakers in the history of our country. And she’s become a crazed lunatic.”

On Sunday, Trump demanded ABC host George Stephanopoulos “ask Crazy Nancy why she allowed Adam ‘Shifty’ Schiff to totally make up my conversation with the Ukrainian President & read his false words to Congress and the world”.

That was a reference to a summary Schiff made at a congressional hearing of a 25 July phone call between Trump and Zelinskiy which sits at the heart of Trump’s impeachment.

The president and allies have sought to portray an attempt to misrepresent Trump’s words. Opponents say the rough White House version of the call shows Trump engaged in impeachable behaviour.

Asked about Trump’s personal attacks, Pelosi told ABC: “It’s Sunday morning. I’d like to talk about some more pleasant subjects than the erratic nature of this president … but he has to know that every knock from him is a boost.”

She added: “I don’t like to spend too much time on his crazy tweets, because everything he says is a projection. When he calls someone crazy, he knows that he is.”

Regarding Pelosi’s abilities as speaker, political Twitter lit up with discussion of a man who held the position from 1999 to 2007, making him its longest-serving Republican.

In 2015, Denny Hastert was sentenced to 15 months in prison for financial crimes related to attempts to cover up his abuse of teenage boys when he was a high-school wrestling coach. Hastert admitted the abuse. A federal judge called him “serial child molester”. 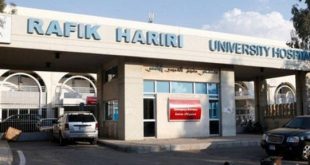 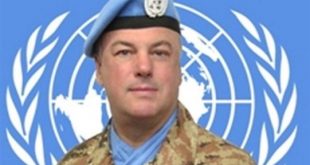