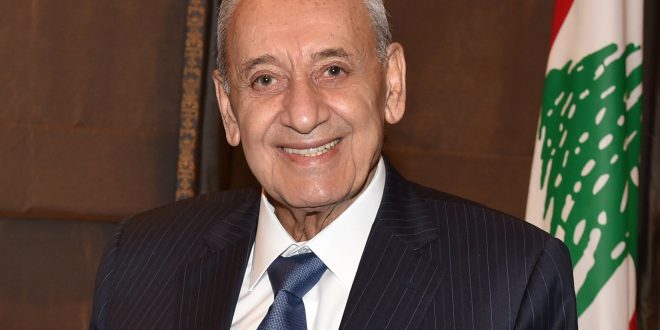 Speaker Nabih Berri announced Monday that the parliamentary session, planned for Tuesday, has been postponed until the 19th for security reasons.

The agenda for the meeting, however, will remain unchanged.

On a televised TV interview .. he stated that “the fuss regarding the legislative session is not because of the proposal for a general amnesty, or any other law proposal, but to maintain the political vacuum that exists now.”

He continued: “What is the meaning of rejection of a meeting that has a majority of the agenda consisting of popular demands raised by the movement itself?”

The decision to postpone the meeting quashed thousands of protestors’ plans to blocking roads to parliament to prevent lawmakers from getting to the parliamentary building located on Abdul Hamid Karameh Street in Downtown Beirut.

Berri also announced that he asked his parliamentary bloc to lift “the banking secrecy from their accounts.”

This is opposed to, ideally, stating verbatim what crimes it pardons. Details of the law have remained sealed despite activists calling on officials for full disclosure.

The title of the law, in addition to its vague nature, leaves many questions unanswered during a period when civil society’s trust in public officials is slim to none.

The debate over the general amnesty law has resurfaced the much larger questions of the current state of government transparency and legal reform in Lebanon.

MP Paula Yacoubian declared she would not attend the original legislative meeting scheduled for today citing the amnesty law was “not in the best interest of the people,” on her Facebook page, and in a televised interview last night.

Several other members of Parliament and caretaker ministers have spoken out on their opinions regarding the draft amnesty law.

MP Yassine Jabber took to Twitter to state that “those who have been accused of financial crimes cannot benefit from this law.”