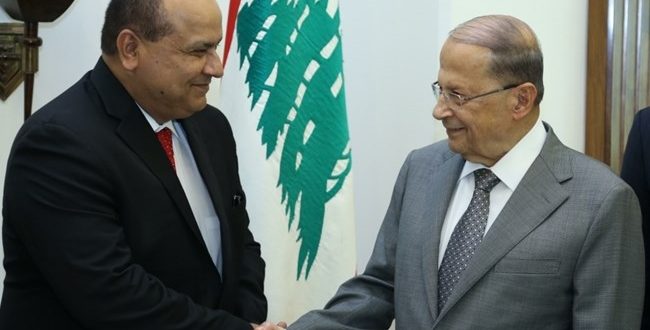 The World Bank highlighted the urgent need to stop Lebanon’s “emerging economic crisis” in a statement Wednesday, projecting that if the situation continues, poverty in the country could rise to approximately 50 percent.

According to regional director Saroj Kumar Jha, the World Bank had earlier projected a “small recession” in 2019, with negative growth of approximately 0.2 percent.

“In economic crises, both the poor and middle class can be hurt disproportionately, and here’s where the new government should intervene swiftly, to protect these people against negative effects of adjustments,” the statement read.

“Now, we expect the recession to be even more significant, due to increasing economic and financial pressure,” it continued.

Figures from the World Bank estimated that in 2018, roughly a third of Lebanese people were living in poverty.

“What’s coming can be worse if not addressed immediately,” the statement read.

In a meeting with President Michel Aoun, the World Bank reiterated its support of Lebanon and its people.

Aoun, according to a statement from the presidency’s office, told the World Bank official that investigations will be held with current and former officials that “there are question marks around them.”

“Lebanon is at a delicate crossroad, especially economically. It is in the utmost need of coherent government that is able to be productive and not hindered by political bickering,” Aoun said.

He added that he was working on resolving years of corruption and that he would not hesitate in bringing forward any draft law that aimed at reform.

“There are 17 files related to corruption that have been referred for investigation,” Aoun said. “Accountability will include everyone, the accomplices and facilitators.”

This news comes after the international ratings agency Moody’s Tuesday downgraded Lebanon’s sovereign credit rating to Caa2, adding that the country’s status remained “on review” for a further downgrade.

“In the absence of rapid and significant policy change, a rapidly deteriorating balance of payments and deposit outflows will bring GDP growth to or below zero, further stoking social discontent, undermining debt sustainability and increasingly threatening the viability of the peg,” the ratings agency said, adding that “social protests, the resignation of the government, and loss of investor confidence have further undermined Lebanon’s traditional funding model based on capital inflows and bank deposit growth.”

The price of Lebanon’s dollar Eurobonds fell by more than two cents to the dollar Tuesday, according to Tradeweb data.