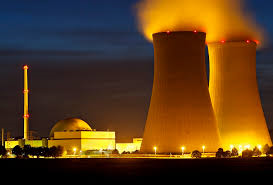 Russia is attempting to gain influence in Africa and earn billions of pounds by selling developing nations nuclear technology that critics say is unsuitable and unlikely to benefit the continent’s poorest people.

Representatives of Rosatom, the Russian state corporation responsible for both the military and civil use of nuclear energy, have approached the leaders of dozens of African countries in the past two years.

The company, which is building a $29bn reactor for Egypt, has concluded agreements with Uganda, Rwanda, Ghana, South Africa and others.

Nigeria has a deal with Rosatom for the construction of a nuclear reactor, and less ambitious agreements of cooperation have been signed with Sudan, Ethiopia and the Republic of the Congo. Russia has also set up an offices to promote nuclear energy in Zambia, with well-funded outreach campaigns designed to drum up enthusiasm.

Winners of an Africa-wide competition were rewarded with an “educational” trip to Russia that included visits to a nuclear power plant and the “science city” of Obninsk.

A typical package offered to a nation interested in nuclear power includes generous loans and long-term supply contracts. Russia has lent Egypt 85% of the construction cost for its nuclear reactor.

Rosatom trains local specialists in nuclear physics and energy in several African nations, and runs a scholarship programme in Kenya.

Rosatom is among international groups that are exporting light-water technology, which is generally considered among the safest, and is building a $13bn light-water reactor in Bangladesh. But such reactors typically generate more than 1,000 megawatts and very few countries in sub-Saharan Africa have the capacity to distribute that amount of power.

It is a rule of thumb in the industry is that no single facility should provide more than 10% of the total of a country’s power. Only Nigeria and South Africa comply with this recommendation.

Nuclear power’s supporters argue that the lengthy construction times of nuclear reactors allow poorer countries to build up their infrastructure. But Névine Schepers, a nuclear expert at the International Institute of Strategic Studies in London, said light-water technology was not suited to many African countries.

“In terms of economic sense smaller countries that have a long way to go to develop their grids would be better off aiming for something like smaller modular reactors,” she said.

Technology for cheaper reactors that would produce about 300MW is being developed in Russia, China and the US.

“Despite the shortcomings of the grid infrastructure in Africa, the latest generation of tried and tested ‘large’ [reactors] are still the clear winners in most regions in terms of the cost of electricity,” Rosatom said in a statement. It added that it sought to provide a “customised solution” for each country.

Another concern is that the expensive projects favoured by Rosatom would not benefit Africa’s poorest people. In most countries energy is generated in large, centralised plants and distributed over a national grid – a model that would be reinforced in Africa by nuclear power.

“Access to energy is a basic human right and necessary for a dignified life. The majority of those denied this right live in Africa,” said Friends of the Earth. “However, the expansion of profit-driven nuclear energy in Africa would only exacerbate the problem.”

The environmental NGO said the answer to Africa’s energy needs lay in “efficient technology that meets the daily needs of people, in the hands of communities and municipalities, and controlled democratically”. Only small-scale and interconnected grids that were democratically managed could deliver energy sovereignty to African people, it added.

Rosatom has accused Friends of the Earth and other NGOs of “hardline anti-nuclear activism … based on a position well known for being completely biased and riddled with factual errors”. It said its priority was “sustainable development” and that nuclear energy was “intrinsically immune to any form of political manipulation”.

Experts pointed out that no nuclear projects have been finished and only two contracts – in Egypt and Nigeria – are in place. “These projects are far into the future, but Russia and Rosatom have been actively wooing African states,” said Schepers. “It is very profitable for them [because it] creates jobs at home and a decades-long relationships.”

Selling nuclear technology is part of an effort by Russia to build influence, power and trade across Africa, with growing involvement in nations across the continent.

The involvement of Russian mercenaries in the Central African Republic and Sudan has attracted significant attention, as has an apparent effort to influence elections in South Africa in May.

Many of the African countries that have signed commercial agreements of the kind being pursued by Rosatom are run by movements or individuals who have long-standing relationships with Russia or – more often – the USSR.

In early April João Lourenço, the president of Angola, visited Moscow for talks with Vladimir Putin and top officials, to discuss arms sales, diamond mining, and gas and oil production. Russia delivered six Su-30K fighter jets to Angola this year and two more are expected in the second part of a billion-dollar deal.

Lourenç, who fought in Angola’s war of independence against Portugal, studied in Moscow from 1978 to 1982. Angola was a cold-war battleground and the USSR backed the Popular Movement for the Liberation of Angola, still the ruling party.

Alex Vines, head of the Africa programme at Chatham House, said “reactivating old Soviet networks” had been a clear strategy in Moscow for a couple of years. “The old history can play very positively in some places.”

Patrick Smith, editor of Africa Confidential, an investigative newsletter, said: “Russians can’t write big cheques but have mastered the art of making themselves really popular, albeit with some of the worst leaders in Africa. They want the ties too. The more powers they can play off against each other, the better.”

The campaign has had setbacks. A deal in South Africa went wrong when Jacob Zuma was removed from power amid corruption allegations last year. A furore surrounding a $75bn contract to build power stations with a combined 9.6 gigawatt output badly damaged the image of Russia.

“South Africa was a very good example of where [the Russians] overplayed their hand and misread local sentiments. It has set them back there by years,” said Nataliya Bugayova from the Institute for the Study of War in Washington DC. “Part of their pitch is that they can support a regime with relatively few strings attached. I don’t think the overall wellbeing of the African states is driving the Russian campaign, whether nuclear or anything else.”