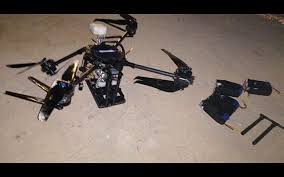 The station said the predawn attack targeted a base for the Popular Front for the Liberation of Palestine – General Command (PFLP-GC) in the Bekaa Valley village of Qousaya, near the border with Syria.

Al-Manar quoted a spokesperson of the pro-Syrian PFLP-GC as saying the attack failed to achieve its goal, without giving any further details.
There was no immediate confirmation from Lebanese security sources or a comment from Israel.

The reported incident came hours after Hezbollah leader Sayyed Hassan Nasrallah vowed the group would retaliate against an Israeli airstrike in Syria that killed two members of the party, and any violation of Lebanese airspace by an Israeli drone.

A day earlier, an Israeli drone exploded and a second crashed in the capital’s southern suburbs, a Hezbollah stronghold, severely damaging the party’s media offices and injuring three people.