Home / Last News / UK less able to cope with hard Brexit than it was in spring, say officials 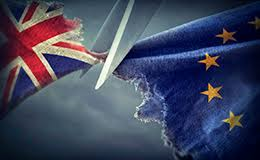 UK less able to cope with hard Brexit than it was in spring, say officials

The UK is currently less able to cope with a hard Brexit than it was in the spring, with the real risk of panic-buying in the run-up to Christmas and civil disorder if the country leaves the EU without a deal on 31 October, an official document reveals.

The prime minister, Boris Johnson, has made Michael Gove responsible for “turbo-charging” Brexit planning, and on Thursday the new chancellor, Sajid Javid, announced an extra £2.1bn of funding to prepare for a no-deal exit.

But with less than 100 days to go before the autumn deadline, the Cabinet Office’s own internal analysis includes stark assessments of the potential problems ahead.

A document circulating Whitehall shows some of the government’s “reasonable worst-case scenarios” (RCWS) have changed over the summer, including those related to the supply of food and medicines.

In a stiffening of language, papers seen by the Guardian say:

• A reasonable worst-case scenario is that the supply of medicines and medical supplies “will be impacted by reduced flow rates across the Dover Straits”.

• While officials are not anticipating an overall shortage of food, they believe there will be disruption to the food supply chain. This “will lead” to increases in prices of certain fresh

produce, “which could impact on vulnerable groups”.

• There is also a risk that “panic buying will cause or exacerbate food supply disruption”. The document states: “The UK growing season will have come to an end and the Agri-food supply chain will be under increased pressure at this time of year due to preparations for Christmas, which is the busiest time of year for food retailers.”

• Stockpiling of medicines for vets “will not be able to match the 4-12 weeks worth … which took place in March, 2019”. The document says the options for diminishing these risks are not financially viable, and that any disruption in the supply of medicines “would impact the UK’s ability to prevent and control disease outbreaks”.

The document also echoes specific warnings made to government earlier this year, including that “demonstrations are likely to take place across the UK and may absorb significant amounts of police resource. There may also be a rise in public disorder and community tensions.”

It reiterates the likelihood that “low income groups may be disproportionately affected by price rises in utilities and services” and by “price rises…including food and fuel”.

There is also concern that food banks may struggle for funding – a record 1.6m emergency food parcels were given out by the Trussell Trust food bank network last year – more than 500,000 of them to children.

Though ministers insist “worst-case scenarios” are not predictions, they are used by officials for planning purposes to help highlight and address problems.

The money announced on Thursday includes sums to pay for stockpiling medicines, though hospital heads have previously warned this might not be enough to stave off shortages

In a further blow to government attempts to downplay the possible risks of a no-deal Brexit, Sky News reported that it had obtained an official document setting out the threats to borders, the economy, security, data, Northern Ireland and individuals in the month after crashing out.

It said the slide – which covers the risks on the first day, first fortnight and first month of no deal – was prepared in the final weeks of Theresa May’s government and appeared to be the first time all the worst-case scenarios had been set out in a single document.

Among the problems warned about are “consumer panic and food shortages”, “law and order challenges” in Northern Ireland, operational gaps in security, market volatility and Britons in difficulty abroad returning to the UK.

Earlier this week, Simon Stevens, the chief executive of NHS England, was asked about the possibility of shortages of medicines. He said this could be avoided “if everybody does what they are being asked to do, particularly around the transport and logistics infrastructure”.

Gove is now said to be chairing a daily meeting of senior ministers and advisers to try to mitigate the worst affects of a hard Brexit.

Both he and Javid have talked about ramping up no-deal preparations, which includes the extra money from the Treasury, and a nationwide information campaign to help businesses and individuals get ready.

The money will also pay for additional Border Force officers and support for infrastructure around the country’s ports to help minimise congestion and ensure goods can flow.

In an article earlier this week, Gove admitted “no deal is now a very real prospect”.

“We must make sure that we are ready. A lot has already been done. Thanks to hard work by ministers past and present, and outstanding efforts by the civil service, we have made significant progress.”

He added: “There still remains much more to do. Planning for no deal is now this government’s No 1 priority – and that is why we have, since Wednesday, been accelerating preparations.”

On Wednesday, a government spokesman reiterated that the UK “is leaving the EU on 31 October whatever the circumstances”.

“We will work energetically for a deal but the backstop must be abolished. If we are not able to reach an agreement then we will of course have to leave the EU without a deal.”

Concern about a lack of focus on preparations for a no-deal scenario emerged in early June weeks after the Whitehall teams who were engaged in the planning were disbanded.

Cabinet ministers are said to have rowed about the issue, with Stephen Barclay, the Brexit secretary, criticising the Treasury for allowing things to “drift”.