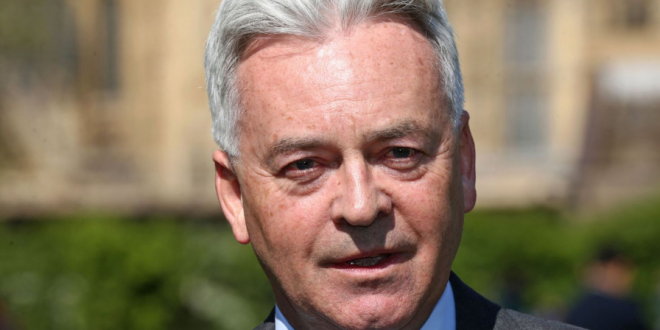 British Foreign Office minister Sir Alan Duncan has announced his resignation, being the first minister to walk out of government because they are unwilling to serve under Boris Johnson. Many other resignations are still expected.

The pro EU minister said in his resignation letter to Theresa May that “the dark cloud of Brexit” was getting in the way of UK influence in the world.

Others, like chancellor Philip Hammond and justice secretary David Gauke have already announced their intention to hand in their resignations on Wednesday, before Ms. May goes to Buckingham Palace to hand over the reins of power to a new prime minister.

The resignation of the international development secretary Rory Stewart is also expected Hammond and Gauke in abstaining in a key Brexit vote last week, though reports suggest business secretary Greg Clark – who also abstained – may stay on.

Duncan has been a fierce critic of Johnson, yet, he did not mention him in his resignation letter to Ms May, but said he was “deeply upset” at the failure of negotiations to secure the release from an Iranian jail of British-Iranian mother Nazanin Zaghari-Ratcliffe. Nazanin’s husband Richard Ratcliffe has announced that Johnson’s inaccurate comments about his wife have made her case more difficult.

Duncan resigned the day when ballots close in the race to replace Ms May as Conservative leader, with Mr Johnson expected to secure a comfortable victory over rival Jeremy Hunt when results are announced on Tuesday.

The Independent, The Guardian