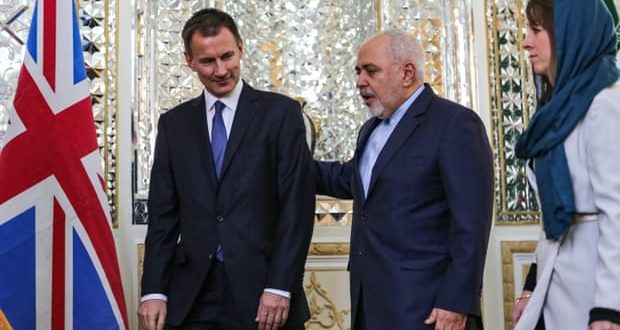 Tensions in the Middle East could pose an existential threat to mankind unless the Iran nuclear deal is maintained, Jeremy Hunt will say on Monday in his starkest warning since the regional crisis escalated two months ago.

Speaking ahead of an EU meeting in Brussels, the UK foreign secretary will try to underline the importance of the deal, which was abandoned unilaterally by the US a year ago, leading to an accelerating reciprocal withdrawal by Iran.

Hunt has tried to de-escalate the situation by saying an Iranian-owned oil tanker seized by the British off Gibraltar 10 days ago might be released if Tehran promised the ship’s owners would abandon plans to unload its oil in Syria. The EU has imposed a ban on oil sales to Syria.

Hunt made the offer in a phone call with the Iranian foreign minister, Javad Zarif, on Saturday. But Zarif said afterwards Iran should be entitled to sell oil to any country it wished, and claimed the UK seizure of the ship, Grace 1, was an act of piracy. Various Iranian government sources said the tanker was not bound for Syria, but Tehran is desperate for revenue from oil sales.

Speaking ahead of the EU meeting, Hunt will say: “The Middle East is already one of the most unstable regions in the world, but if the different parties were armed with nuclear weapons it would represent an existential threat to mankind. I will do everything in my power to prevent that from happening.

“I’ll be building on the leadership shown by the UK, alongside France and Germany, as we do what it takes to maintain the nuclear deal, and to work to encourage Iran back into compliance.”

Referring to the detention of Grace 1 in Gibraltar, he is due to add: “As I said to the Iranians this weekend, the detention of the Grace 1 was a Gibraltar-led enforcement of EU Syria sanctions. Action had to be taken, and this was nothing to do with the oil being Iranian.”

On Monday Hunt tweeted that he wanted to reduce tensions over the seizure of the Grace 1 but hinted that Iran would face consequences if it did not abide by the terms of the nuclear deal. He said: “Heading to Brussels for urgent talks on how to reduce tensions with Iran.
“Their approach to Mid East has been profoundly destabilising but we want to reduce not raise tensions over Grace 1 and avoid a nuclearised region.
“But a deal is a deal and if one side breaches it …” 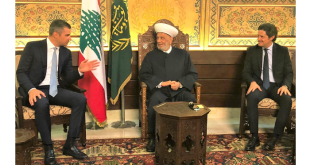 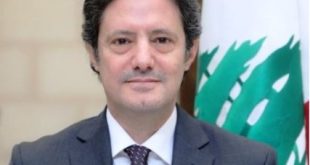