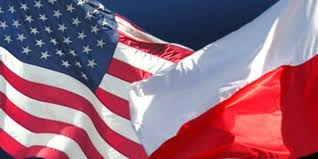 President Donald Trump and Polish President Andrzej Duda inked a new defense agreement at the White House on Wednesday that will station an additional 1,000 US troops in Poland on a rotational basis

Trump marked the signing and Duda’s visit with a rare military display: a flyover of an F-35 fighter jet above the White House that comes as Poland is also taking steps to purchase new F-35s from the United States.
Trump said Poland will bear the cost of the additional US troop deployment and said it would not alter the total number of US troops fanned across Europe. Instead, Trump said he would rotate the additional troops out of Germany, which he has lambasted for not sufficiently increasing its defense spending.
“Poland will provide the basing and infrastructure to support a military presence of about 1,000 American troops. The Polish government will build these projects at no cost to the United States. The Polish government will pay for this,” Trump said during a Rose Garden news conference.
The Polish President touted the significance of the US deployment, noting that the deployment will include “special operations forces” and other types of US military units.
“It is not one single unit. We’re talking about special operation forces. We’re talking about logistics components. We’re also talking about the already mentioned division headquarters,” Duda said. “So there is a multitude of forums in which the United States is going to be gradually ever more present in our territory from the military standpoint.”
Earlier on Wednesday, speaking from the Oval Office, Trump noted that the US deployment amounts to a “statement.”
“This would be a statement that the US is making,” Trump said.
The troop decision is aimed at boosting US-Poland military-to-military relationships and will be a boon to Poland, which has sought to bolster its deterrence of Russian aggression, though Trump did not characterize the deployment as a measure to deter Russia.
Senior administration officials said the move would be in compliance with the NATO-Russia Founding Act, which guides relations between NATO and Russia.
There are currently around 4,000 US troops in Poland on a rotational basis.
Poland has sought to entice Trump into bolstering US commitment to the country’s defense, including by appealing to the President’s ego, even floating the notion of naming the base for US troops “Fort Trump.”
Trump received a warm welcome in Poland in the summer of 2017, where he delivered a rousing nationalist speech before a friendly Polish audience that reflected both the US and Poland’s rightward turn.
Trump’s warm relationship with Duda marks a stark contrast with how most European Union leaders have approached the Polish President. European leaders have expressed concern with Poland’s slide toward authoritarianism that has included the dismantling of key democratic safeguards, including encroachments by the ruling party on the judiciary and the country’s free press.
But Trump said Wednesday he is “not concerned at all” about Poland backsliding away from democracy.
Pressed on the point, Duda said: “There is no problem with democracy in Poland. Everything is excellent.”
CNN
2019-06-13
edenglish
Share