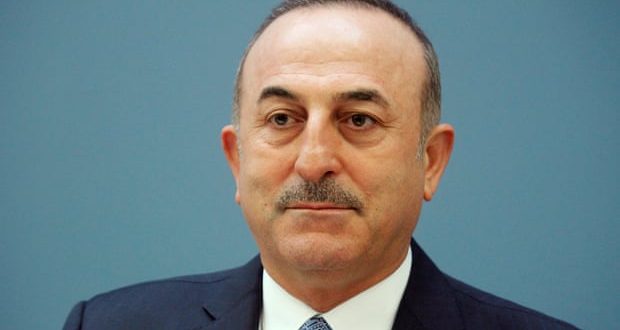 Turkey insists on right to drill for energy reserves off Cyprus

Tensions over energy resources in the eastern Mediterranean have risen sharply after Turkey said it would “exercise its sovereign rights” to drill off Cyprus in flagrant defiance of warnings from western allies.

As the dispute over potential gas reserves intensified, Ankara insisted its state-of-the-art drilling ship, the Fatih, and its support vessels would begin operations in waters viewed by the EU as being within the island’s exclusive economic zone.

“Turkey does not recognise the unilateral and illegitimate exclusive economic zone claims of the Greek Cypriots,” its foreign minister, Mevlüt Çavuşoğlu, announced in a letter released by the state-run Anadolu news agency.

“Third parties should refrain in taking sides in overlapping maritime boundary claims and they should not act as if they are in a court in rendering judgement on bilateral maritime boundaries.”

Despite international condemnation, the ships, escorted by a naval frigate, have been deployed 39 nautical miles off the divided island’s western coast for the past week. The closest Turkish shore lies almost 80 nautical miles away.

But Ankara, which refuses to recognise Cyprus – instead acknowledging the self-proclaimed Turkish republic in the north – argues the region is part of its own continental shelf and, as such, it is complying with international law. It is a stance that, increasingly, has put the Nato country at odds with allies.

On Sunday a senior Cypriot official said Nicosia will issue international and European arrest warrants “for all involved” if, as looked likely, drilling did take place.

In a statement that highlighted growing alarm at the sabre-rattling, she hinted that sanctions could follow if Ankara did not heed the bloc’s warnings. “We urgently call on Turkey to show restraint, respect the sovereign rights of Cyprus in its exclusive economic zone [EEZ] and refrain from any such action to which the European Union will respond appropriately and in full solidarity with Cyprus.”

The European council president, Donald Tusk, said Brussels was closely monitoring the situation. “We stand united behind Cyprus,” he said of the island, the EU’s most easterly member state.

Any exploration would not only escalate tensions dramatically but increase fears of a “hot incident” with repercussions across a region where the race to tap underwater spoils is becoming ever more intense.

Israel, Egypt and Lebanon, which have also discovered hydrocarbons off their coasts, have all signed delimitation agreements with Cyprus.

In recent years, international oil companies, including ExxonMobil, Total and Eni, have acquired search rights in licensed blocks off the island.

Three months ago the US energy company announced it had found one of the biggest deposits of natural gas off the island, even if the offshore wealth was far from being commercially exploitable.

Ankara hit back, saying without a settlement to the island’s division, the internationally recognised Greek Cypriot administration was clearly bent on exploiting reserves at the expense of Turkish Cypriots.

Cyprus has been split along ethnic lines since 1974 when an attempt at union with Greece prompted Turkey to invade, resulting in its majority Greek and Turkish populations living either side of a UN-patrolled ceasefire line.

“The presence of international energy giants in our exclusive economic zone is the best vote of confidence for our actions,” the well-placed government source told the Guardian. “By questioning the legitimate rights of Cyprus in its continental shelf and EEZ, Turkey is also questioning the agreements that we have already signed with neighbouring countries.”

The escalating dispute comes less than a week after Turkey launched its largest-ever naval exercise, Operation Seawolf, with more than 130 warships in the region. Much of the naval deployment is set to occur in waters close to the island.

“Our aim … is to show that the Turkish armed forces are extremely determined, committed and capable of ensuring the security, sovereignty, independence, maritime rights and benefits of Turkey,” said the country’s defence minister, Hulusi Akar.

Last year, Turkey dispatched gunboats to prevent drilling operations by ENI, an Italian energy company commissioned by the Cypriot government, in what was seen as a brazen act of brinkmanship. The company abandoned the search.

Turkey’s moves are also causing mounting alarm in Washington with the state department rebuking its key Nato ally for action that it called “highly provocative”.

Cyprus, which lacks a navy, is not a member of the alliance but has launched a far-reaching diplomatic initiative to shore up solidarity among partners. Stepping up those efforts, officials confirmed the president, Nicos Anastasiades, had sent a letter at the weekend to the British prime minister, Theresa May, protesting about “unacceptable” comments that cast doubt over the island’s sovereignty of the area where Turkey intends to push ahead with the drilling.

The UK’s stance is at odds with every other EU member state, they said. Anastasiades said he will raise the issue with Michel Barnier, the EU’s Brexit negotiator, when he visits Nicosia on Monday.