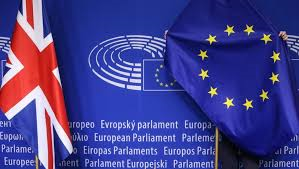 How EU elections are dividing the European parliament over Brexit

Analysis: The stresses and strains on EU unity are bubbling up in Brussels

EU unity has been one of the great surprises of Brexit: the bloc’s 27 remaining member states have managed to hold a united front in public in a way the UK – a single country – could only dream of.

But with the UK’s departure delayed until October – crucially, after the EU elections – that unity is being tested as never before, and the results are surfacing in the European parliament itself.

Guy Verhofstadt, long adored by British Remainers for mocking Brexiteers and championing citizens’ rights, surprised a few of those campaigners when he stood up in the European parliament on Wednesday.
“The only thing that can save us is Nigel Farage,” the EU federalist said – prompting applause from the arch Eurosceptic himself and nervous glances from the Lib Dem MEP sitting behind him.

Verhofstadt argued that the latest Brexit extension was a bad thing, and that Britain’s continued membership of the block would “poison” the EU and “import” uncertainty from London.

The intervention, which drew a sharp rebuke from council president Donald Tusk, raised eyebrows in Brussels, because it was eerily similar to the argument made by Emmanuel Macron. The French president had been the only leader to oppose a long extension at a summit in Brussels last week, blocking an even lengthier delay until 2020.

“A large majority of member states were supportive of a long extension, and only one, that is France, was of a different view,” one senior EU official explained.

It is no secret that Mr Verfhofstadt has been courting Mr Macron’s new En Marche party, whose MEPs he wants to sit in his centrist ALDE European parliament group after next month’s elections.

The aftermath of EU elections is a numbers game, and the bigger your parliamentary group is the more influence it has, and the more senior roles its top members get. Convincing unattached national parties like Macron’s new outfit to join can be just as effective at increasing a group’s size as its existing parties winning extra votes.

Some Remain-supporting British MEPs now privately want Verhofstadt replaced as EU Brexit coordinator, one describing his stance as “totally self-serving and party political”. They have yet to say so in public, however, and are unlikely to have the numbers to get rid of him.

This is because Verhofstadt is far from the only group leader to be concerned with the politics of the coming elections. The leader of the biggest group in the parliament – Manfred Weber – has also been an outspoken opponent of an extension for the UK, describing British participation in the elections as “simply unthinkable”.

Out of anyone, Weber probably stands to lose the most from the UK extension. He is the centre-right EPP’s lead candidate to be the next commission president, replacing Jean-Claude Juncker, and his chances of winning could be jeopardised by the UK’s participation.

This is because there are no British parties in Weber’s group: David Cameron took the Tories out of it in 2009, complaining it was too pro-EU. Thus, British MEPs will also go to other groups including his main rivals, the socialists – where Labour MEPs sit.

The EPP could also be further disadvantaged because British participation in the elections would revert the contest back to the old seat allocation. Under the allocation drawn up for after Brexit, seats from the UK (which has no EPP party) would have been reallocated to countries that do have EPP parties (practically every other member state).

Meanwhile, the groups said to be most keen on an extension in Brexit steering group meetings – the socialists and the greens – also happen to do well out of the UK’s membership. Labour’s relatively buoyant polling could see it deliver the biggest delegation of MEPs to the socialist group from any country, while the Green group benefits not only from Green MEPs, but also those of the SNP and Plaid Cymru, who sit with it for technical reasons – it’s that numbers game again.

Things are rather messy, but the common theme is the different political groups swinging behind positions that are to their own advantage as the elections near. It may be a surprise to some of Britain’s more idealistic supporters of the EU that politicians in Brussels and Strasbourg are still politicians.

The EU leadership in Brussels had actually foreseen all this politicking as far back as the start of talks, and tried to plan for it. But Britain has, once again, got in the way.

“This is why people wanted all this done by October last year, so Brexit doesn’t become instrumentalised politically,” another official said.
“The only people who think European parliament elections in the UK are a good idea are those who stand to benefit from it personally or politically in terms of group numbers.”

Notably, some EPP members in the parliament are said to be annoyed that Donald Tusk and Jean-Claude Juncker – who are both from the EPP – both support an extension, and seemingly do not care about any of this, despite it disadvantaging their group. The parliament sometimes feels like a sideshow compared to the arguments between member states on the council and the executive power of the commission – a reputation it has been slowly trying to shake in recent years.
It’s difficult to predict what impact these divisions will have on Brexit or the UK – if any. The European parliament notably has no powers over whether an extension is granted or not: that is up to member states. Its role in talks is relatively marginal, and though it must approve the final withdrawal agreement, that does not look to be in contention.
It’s possible that once the elections are over, and the political pressures facing the parties dissolve for another five years, the MEPs will go back to being united. But the squabbles between the groups over the extension are a reminder that Brexit is affecting the rest of the EU too. 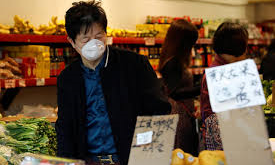 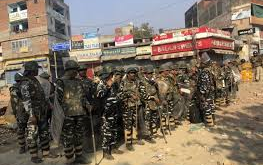 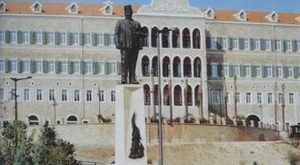