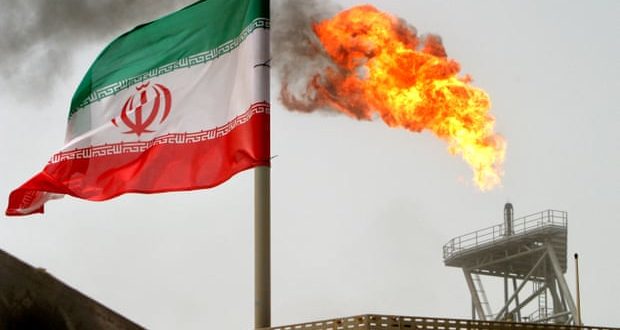 US toughens stance on Iran, ending exemptions from oil sanctions

The US has announced it will no longer exempt countries from sanctions that aim to impose a complete oil embargo on Iran.

Officials said the Trump administration would not renew any of the sanctions waivers granted to a handful of countries, including China, India, Turkey, Japan and South Korea, when those waivers expire on 2 May.

“Today I am announcing that we will no longer grant any exemptions,” Mike Pompeo, the secretary of state, said. “We’re going to zero. We will continue to enforce sanctions and monitor compliance. Any nation or entity interacting with Iran should do its diligence and err on the side of caution. The risks are simply not going to be worth the benefits.”

Neither Pompeo nor senior state department officials would say whether sanctions would be immediately imposed on the affected countries on 3 May, if oil purchases continued.

Donald Trump withdrew from the 2015 multilateral nuclear deal with Iran, the Joint Comprehensive Programme of Action (JCPOA), in May 2018 and threatened US sanctions against any international companies that continued to do business with Iran.

Trump administration officials said the waivers, originally granted to eight countries, were motivated by a desire to avoid a spike in oil prices in a tight market last year. They said the waivers were being allowed to end because there was now greater supply. However, oil prices jumped to a six-month high on Monday.

“When Trump withdrew from the Iran deal, it sent the US on a course of self-isolation and dwindling options,” Suzanne DiMaggio, senior fellow at the Carnegie Endowment for International Peace, said. “A year later, with no progress to show, he is doubling down.”

Pompeo said the aim of the sanctions was to convince Iran to act like “a normal country”. Last year, he laid down 12 conditions Tehran would have to fulfil for the sanctions to be lifted, including an end to all uranium enrichment, cutting support to Hizbullah, Hamas , Islamic Jihad, and the Houthi rebels in Yemen, and withdrawing from Syria.

The administration’s critics say the real motive of the sanctions is to try to goad Iran into leaving the JCPOA, which imposed strict curbs on its nuclear activities in return for sanctions relief, and therefore end US isolation on the issue. The EU and most US allies continue to support the JCPOA.

“This is clearly one of the administration’s goals,” DiMaggio said. “But the Iranians are savvy enough to know this and at this stage of the game they are not going to be goaded into doing something that is not in their interests.”

It is unclear whether the US will be able to persuade Iran’s remaining customers to stop buying its oil. Industry analysts have said they expect India to comply after the country’s general elections. The Chinese and Turkish governments have both expressed irritation at being told whose oil they are allowed to buy. Both countries are involved in complex disputes with the US, in which Iranian oil could be a bargaining counter.

“China has the capacity to ignore the sanctions if it wants to,” Jarrett Blanc, the former state department coordinator for JCPOA implementation, said. “If they want to continue to buy Iranian oil it has ways to structure the transaction in a way it doesn’t matter if the US sanctions it.”