Home / Last News / Brexit to be delayed until next year after parties fail to break deadlock, attorney general warns 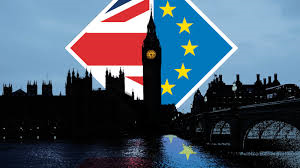 Brexit to be delayed until next year after parties fail to break deadlock, attorney general warns

Brexit is on course to be delayed until next year, the attorney general has warned, as cross-party talks to end the crisis remained deadlocked.
Geoffrey Cox risked blowing apart the fragile cabinet truce over an Article 50 extension by suggesting it would be more than “just a few weeks or months” – unless Theresa May and Jeremy Corbyn strike a deal.
The prime minister is still clinging to the hope of carrying out EU withdrawal by 22 May, but Mr Cox acknowledged that hope was fading before a crunch summit of EU leaders next Wednesday.
“The problem then would be that we would be in an extension. It’s likely to be a long one, by which I mean longer than just a few weeks or months,” he said.
Asked, by the BBC’s Nick Robinson for his Political Thinking podcast, if he meant “more than a year” – as some EU leaders have suggested – Mr Cox said the EU held all the cards.
“The prime minister would have little choice but to accept the extension that she’s offered,” he replied.
Senior Tories have said any long extension – requiring the UK to take part in next month’s European parliament elections – would see Ms May forced out of No 10 and a Tory leadership election, with a hard Brexiteer likely to succeed her.
Mr Cox’s warning came after Ms May was forced to abandon plans to ask MPs to vote next Monday on a joint Brexit plan she is attempting to draw up with Labour.
The two parties met for four and a half hours at the Cabinet Office, but without announcing any progress – and No 10 was only able to express “hope” of further meetings on Friday.
Labour has protested that the prime minister has failed to shift on her red lines, such as its demand for a permanent customs union. There are no plans for Ms May and Mr Corbyn to meet again.
The earliest any vote can be held is now Tuesday – the date by which the UK must inform the EU of the Article 50 extension it is seeking and the purpose of it.
Amid the impasse, parliament descended into more farce when MPs were sent home two hours early after a major leak in the roof forced the chamber to be closed.
The early finish briefly appeared to have prevented the government tabling a motion for a vote on Monday – but the prime minister’s spokesperson admitted it was not ready to make the move anyway.
The backup plan is to give MPs a choice of various Brexit options, in further indicative votes, but they are unlikely to be more successful than the ones staged last Monday.
In the interview, Mr Cox insisted Ms May was “flexible” about a customs union, but added, confusingly: “We’re talking about a negotiating mandate, not signing up to one.”
He responded to Philip Hammond’s suggestion that a Final Say referendum is a “credible option” by stressing the government’s opposition, but said: “Of course we will consider any suggestion that’s made.”
The attorney general also urged his party to make concessions to secure withdrawal, saying: “Conservatives have always known when to make a compromise.”
And, asked if he would accept Mr Corbyn being “the midwife” of Brexit, he replied: “So be it. What matters is that this is born.”
However, neither party was able to strike a positive note, after David Lidington, the de facto deputy prime minister, Stephen Barclay, the Brexit secretary, chief whip Julian Smith and Greg Clark, the business secretary, met Labour’s shadow Brexit secretary Keir Starmer and Rebecca Long-Bailey, the shadow business secretary.
A No 10 spokesman said: “The government and the opposition hope to meet again tomorrow for further work to find a way forward to deliver on the referendum, mindful of the need to make progress ahead of the forthcoming European Council.”
And a Labour spokesman said: “These talks are continuing and the teams are planning to meet again.”
Meanwhile, both parties’ splits over a second referendum were laid bare, health secretary Matt Hancock slapping down the chancellor for floating the prospect.
On the Labour side, pro-EU MPs protested at Mr Corbyn’s refusal to accept the resignation of the party chair Ian Lavery for defying an order to back a public vote – but 25 backbenchers wrote a letter urging their leader to reject the idea.