Home / Last News / US could come under attack from space, government report warns 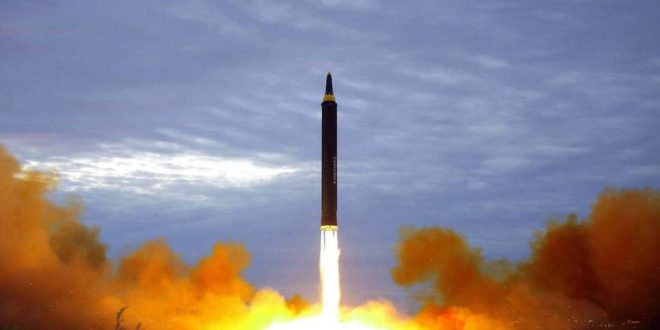 US could come under attack from space, government report warns

The US could come under attack from space, the government’s Defense Intelligence Agency has warned.
Other countries including Russia and China are building technologies that could challenge the perceived advantage and dependence of the American government’s military in space, a new report warns.
At its most dramatic, it even suggests that space could be used to launch “kinetic energy threats” or detonate nuclear weapons in space itself.
At the moment, the US and its partners rely heavily on space technology. They “provide integral support to military, commercial and civilian applications”, and “longstanding technological and cost barriers to space are falling, enabling more countries and commercial firms to participate in satellite construction, space launch, space exploration and human spaceflight”.
But those new advantages have also brought about new risks for the country, the report warns. Other countries are attempting to rival the US’s capabilities in a way that the government suggests could pose a challenge.
“Having seen the benefits of space-enabled operations, some foreign governments are developing capabilities that threaten others’ ability to use space. China and Russia, in particular have taken steps to challenge the United States,” the report said.
The full report gives a whole host of ways those challenges could arrive.
Russian and Chinese space surveillance networks are able to find and track satellites, for instance, so that the countries could undermine space operations.
And they are developing a whole host of new space weapons: from jamming and cyberspace capabilities to “directed energy weapons” and missiles that could shoot down satellites.
The new abilities both countries have to launch vehicles and satellites into space mean they can develop new ways of using space to improve their military operations on the ground, too. The report warns that new capabilities could allow militaries to give their forces across the world better situational awareness that will allow them to monitor and target US and allied forces.
While the report is more concerned with cataloguing and detailing the threats that countries could pose in space, it suggests the US government is working hard to ensure it continues to dominate space. That has been the aim of programs including Donald Trump’s “Space Force”, which will see huge amounts of US military resources devoted to pushing the country’s defence capabilities off the Earth.