Home / Last News / Brexit: UK will not be ‘trapped’ in backstop, May to tell EU 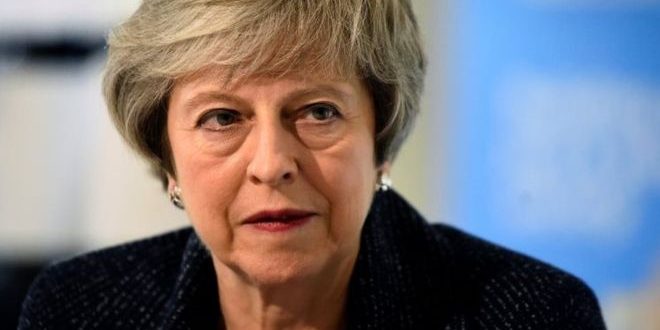 Brexit: UK will not be ‘trapped’ in backstop, May to tell EU

Theresa May will return to Brussels later to press EU leaders for legally binding changes to the Brexit deal.

The PM will insist the UK will not be “trapped” in the backstop – the plan to avoid the return of Irish border checks should no UK-EU trade deal be in place.
She will say the deal must change if it is to win the support of MPs who urged her to seek “alternative arrangements” when rejecting the deal last month.
However, the EU has repeatedly ruled out changing the withdrawal agreement.
And Mrs May’s visit is being overshadowed by the row over Wednesday’s outburst by Donald Tusk, who declared there was a “special place in hell” for those who campaigned for Brexit without a plan to deliver it.
MPs who backed Leave in the 2016 referendum reacted with anger to the comments, accusing the European Council president of “arrogance”.
Meanwhile, Labour leader Jeremy Corbyn has set out five demands for his party to support a Brexit deal – calling for them to be enshrined as objectives in domestic law.
In a letter to the prime minister, he said Labour wants a UK-wide customs union, close alignment with the single market, “dynamic alignment” on rights and protections, “clear commitments” on participation in EU agencies and funding programmes and “unambiguous agreements” on the detail of future security arrangements.
He said Labour did not believe that “simply seeking modifications to the existing backstop terms is a credible or sufficient response” to the scale of defeat suffered by Mrs May on her deal last month.
Mr Corbyn added that EU leaders had been clear that changes to the political declaration were possible if a request was made by the UK government “and if the current red lines change”.