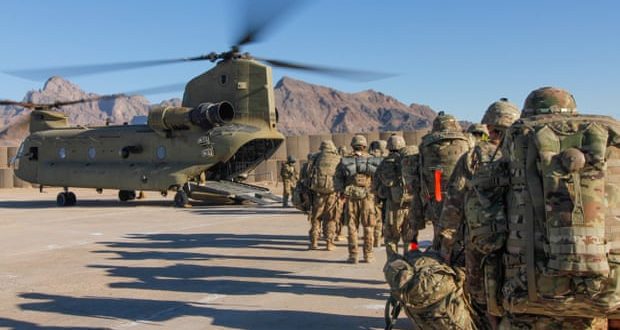 Trump wants out of America’s longest war, but Afghans can’t just walk away

Hope is real after landmark Taliban talks, but fears remain about what might happen if US troops depart

The start of 2019 has brought for Afghanistan a tantalising hope of peace, fragile but very real, as the Taliban sat down for talks first with Americans in Qatar and this week with senior members of the Afghan elite in Moscow.
These discussions come fraught with fears, that the progress for women and civil rights will be traded away too easily, and that the Taliban may renege on any deal once US troops and their coercive power are gone.
Perhaps the only thing more disturbing is the possibility that talks will fail, US forces will leave anyway and Afghanistan will slide even further into conflict. Although their country is the site of America’s longest war, Afghans have been on the battlefield for more than twice as long as their US allies.
The current conflict between the Taliban and the US-backed government in Kabul is just the latest iteration of four decades of near ceaseless fighting, kicked off by the Soviet invasion in 1979.
Donald Trump has made clear that he wants to end America’s war in Afghanistan as soon as possible, but Afghans do not have the option to walk away. That has proved a powerful driver for a broad array of Afghans to back some form of engagement.
The Taliban, foreign forces and the Afghan government have all intermittently tried to reach out for talks over the last 17 years. But this is the first time that all parties have shown real interest in coming to the negotiating table at the same time.
Last month, Taliban negotiators met for six days with US envoys in Qatar and hammered out the basic framework of a possible peace deal.
It was met with cautious optimism, but there was a glaring absence at the table. With just Americans and Taliban planning the country’s future, no one spoke for the millions of Afghans who reject the insurgents, and fear a return to the austere and brutal regime they presided over in the 1990s.
The Afghan government was not invited, because the insurgents denounce it as a puppet regime. But neither was anyone else asked to represent anti-Taliban Afghans.
This week in Moscow, however, the insurgents met with a wide cross-section of the Afghan elite. They included warlords the Taliban once fought on the battlefield, others who as ministers and governors strategised about how to defeat the insurgents, a man running for president and another who had been vice-president.
The group reflected to some degree the ethnic and political diversity of Afghanistan. There were even two women: scant representation for half the country’s population, but better than the entirely male delegations that have headed to other attempts at preliminary talks.
In joining this meeting, which included several men who had only recently left office, the Taliban acknowledged the existence of a large and legitimate Afghan opposition to their rule. In speaking to media, including the BBC, they alluded to concerns at how they are viewed beyond Afghanistan’s borders.
There was criticism of the meeting on social media, with some young Afghans pointing out the age and civil war backgrounds of most of the delegates. “The post-Taliban generation was mostly missing in Moscow,” said Waheed Omar, Afghanistan’s ambassador to Italy and one-time spokesman for former president Hamid Karzai.
However, Omar embraced the idea of talks: “They will see us in Kabul if and when they choose to come. And personally, I would love to debate Mullah Abbas [Akhund] on everything that he said today – and got away with”.