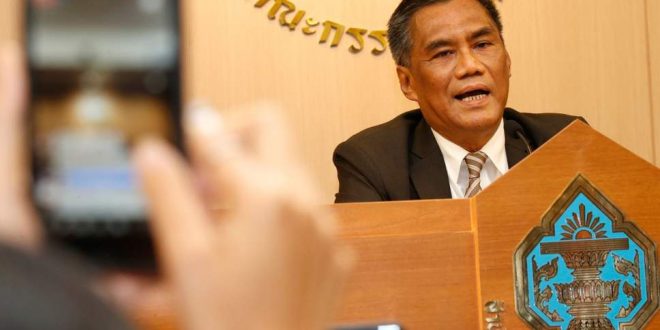 Thailand is set to hold its first general election since the military seized power in a coup in 2014.
Having not held elections for five years, the country’s royal palace has now issued a decree authorising the vote to be held on 24 March.
Election laws that were drafted by the current military government, which has kept tight control over political activities in the country, have now come into force.
Initial promises of holding elections had been pushed back and the most recent date of 24 February had to be abandoned because the decree giving the go-ahead was not issued in time to allow for the necessary preparations.
Election commission chief Ithiporn Boonpakong said the 24 March date was “flexible enough and should be beneficial to everyone concerned”.
Anti-government protesters have staged sporadic demonstrations on Bangkok’s streets in recent months, demanding no further delays in holding elections.
The office of the prime minister, Prayut Chan-ocha, said with the laws in place, the decree “should end any further doubts on the holding and timing of general elections”.
The military has already overseen the drafting of a new constitution that will limit the power of future elected governments, shifting oversight to unelected bodies.
Any new government will also be required to follow a 20-year “national strategy” drawn up by the military government.
Several parties seen as serving as proxies for the military have been established and Mr Prayut could run with one or he could become a so-called “outsider prime minister” under new rules that don’t require the premier to be a member of parliament.
Some parties already have announced their support for Mr Prayut to stay in power and for several months he has been active in making public appearances around the country in what resembles a political campaign