Home / Tourism / Why Romania is the next adventure travel capital 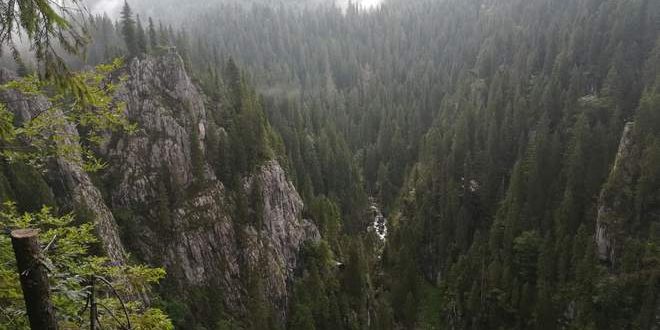 Why Romania is the next adventure travel capital

A weekend exploring the Apuseni Mountains offers untamed beauty and a truly off the beaten track experience, finds Joe Minihane

“Keep yourself clipped in” shouts my guide Christina as I heave myself up onto a narrow ledge and fumble amateurishly with my safety harness. My breathing ragged, I get my carabiners in order, tighten them shut on the steel cable and lean back to take in the view.
A train clatters along the rusty tracks, snaking through the valley 200 metres below. The vast Pădurea Craiului spread out across the northern massif of Romania’s Apuseni Mountains. From my vantage point, I can spy the occasional scar of vertiginous limestone between the dense foliage.
It’s on one of these cliffs that I’m attempting my first ever via ferrata climb. These premarked routes, with steel steps and a cable for clipping into, are often derided by serious climbers. But as a first timer who usually finds heights more than a touch queasy, I’m thankful I don’t have to find any hand or foot holds and can simply focus on hauling my body to the top.
“This route is easy,” says Christina, as I catch my breath and feel the burn in my upper arms. “There’s one further along the cliff that’s really serious.” I dread to think how tough that one is as I look up at a section with a slight overhang, Christina scaling it with minimal effort. But the chance of even bigger mountain views sees me following her up without hesitation. In my head, I’m now Chris Bonington.
I’m in the Apuseni with Much Better Adventures, a tour company which specialises in weekend breaks that maximise adventure without the need to eat into multiple days of annual leave. This jaunt to western Transylvania requires just one day off, with a post work flight on Thursday evening to Debrecen in Hungary, before a transfer across the border the following morning.
The via ferrata climb is the last action of a non-stop 72 hours. For the previous two days, I’ve been exploring the southern area of the Apuseni, also known as the western Carpathians, with another local guide, Mihai.
Mihai’s deep love of these hills is evident from the minute we drive out of the city of Oradea and head towards Padis in the Apuseni Natural Park. At every opportunity he pulls over to impart his botanical knowledge, seeking out rare orchids in meadows awash with wild flowers and picking St John’s wort and yarrow from verges to make fresh tea.
After arriving at our mountain hut base, Mihai plies the group with shots of palinca, a throat-warming local spirit, before we don our boots and walk into a nearby karstic glade. Everything is a lush green, the temperature low despite being midsummer, the air thick with drizzle. Mihai explains how the area was formed by water cutting the limestone and easing its way along underground rivers before rising and then filtering below ground, emerging on the other side of the valley.
“I find it so fascinating that over millions of years water, can make such a magical landscape,” he says. “I just love this place.”
The following morning we’re up early, ready for a more strenuous hike. Mihai leads us down a steep path into the valley towards the Fortress of Ponor, the largest karst complex in Romania. This series of three sinkholes has been protected since 1952, but thanks to relatively low tourist numbers, they remain pristine. The first sinkhole we reach is undoubtedly the most captivating, its water thundering through a series of plunge pools before disappearing into the depths inside its 70 metre-high porthole.
Mihai leads us on, cliffs closing in on all sides, taking us on a path that requires walkers to hold tight to a chain to avoid slipping down a scree slope. As we climb out of the final sinkhole, a chamois picks out a route along the cliff face and the high-pitched caw of ospreys circling above echoes around us. Mihai is delighted, even more so when he stops a few feet on and points to a fresh footprint in the mud.
“A wolf,” he says. “It must have seen the chamois and gone on ahead. At this time of year they spend time alone, before gathering in packs for winter.” The wolves, and the Apuseni Natural Park’s wildlife in general, have thrived here because logging is prevented, he adds.
We tramp on through heavy rain, hitting the clifftops before taking a path along their edge to a series of “balconies” above the sinkholes. Cloud and mist merges among the treetops and the sun sneaks out as the ospreys from earlier continue their calls, four of them swooping and diving together. No other walkers cross our path as the rain softens and we head back, steeling ourselves for the more visceral thrills to come on the via ferrata.
Romania might not be the most obvious place for a walking and climbing weekend. But with guides like Christina and Mihai on hand, not to mention landscapes and wildlife to match the most arresting of Alpine glades and Lake District fells, it’s a no brainer for anyone who loves their adventures untamed and out of the ordinary. 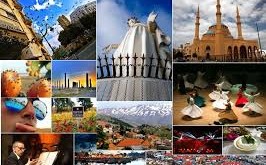