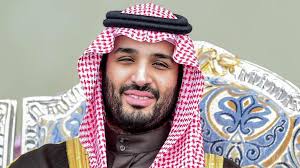 Saudi Arabia will develop a nuclear bomb if its arch-rival Iran does so, the kingdom’s 32-year-old Crown Prince has said, raising the spectre of nuclear conflict in a Middle East already consumed by war.
“Saudi Arabia does not want to acquire any nuclear bomb, but without a doubt if Iran developed a nuclear bomb, we would follow suit as soon as possible,” heir to the throne and Defence Minister Mohammad bin Salman told American CBS News in an interview preview aired on Thursday.
The comments come after a recent joint statement from Saudi Arabia, the UAE, Egypt and Bahrain condemning Iran for supposedly continuing to develop nuclear ballistic missiles.
Relations between the two Middle Eastern powers are at a low ebb thanks to their difference in position on several regional issues, including the Syrian and Yemeni civil wars. Diplomatic relations were severed in 2016.
Iran agreed to curbs on its nuclear programme as part of a landmark deal reached with world powers in 2015. The United Nations agency monitoring Tehran’s nuclear activity, which issues quarterly reports on the topic, has so far not identified any violations.
In the sit-down with Norah O’Donnell for CBS’s Sunday programme 60 Minutes, the powerful Crown Prince also doubled down on earlier comments comparing Iran’s supreme leader, Ayatollah Ali Khamenei, to Adolf Hitler before the Second World War.
“[Khamenei] wants to create his own project in the Middle East very much like Hitler who wanted to expand at the time,” he said.
“Many countries around the world and in Europe did not realise how dangerous Hitler was until what happened, happened. I don’t want to see the same events happening in the Middle East.”
Riyadh’s policy on Iran’s nuclear capabilities appears to have been the same for several years: high ranking royal and ex-diplomat Prince Turki al Faisal told Nato officials in 2011 that “we cannot live in a situation where Iran has nuclear weapons and we don’t. It’s as simple as that.”
The existence of an Iranian nuclear arsenal “would compel Saudi Arabia… to pursue policies which could lead to untold and possibly dramatic consequences.”
Earlier this week Riyadh announced the creation of a new atomic energy programme as part of Vision 2030, the kingdom’s ambitious effort to wean itself off dependence on oil following a plunge in global oil prices in 2015.
The new policy would limit all nuclear activity to peaceful purposes in line with international law, a statement from the cabinet on the Saudi state news agency said.
MbS, as the prince is known, is currently in Washington DC on the fourth and final leg of an international diplomatic tour also taking in Cairo, London and Paris.
It is his most high-profile trip since his appointment as heir to the throne last June.
In his short tenure, the prince has already brought sorely needed social and economic reforms to the deeply conservative country, including lifting the driving ban on women.
His critics, however, say the arrests of more than 300 members of the Saudi elite in an anti-corruption crackdown amounted to an extrajudicial attempt to consolidate his power base and stifle the opposition.
In his role as Defence Minister, MbS’ involvement in the civil war in Yemen has also been widely criticised.