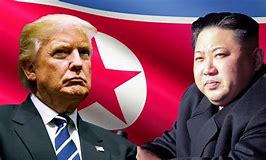 Top South Korean negotiators left for the United States Thursday to brief their American counterparts on the outcome of their historic meeting with North Korean leader Kim Jong Un earlier this week.
South Korean National Security Office Head Chung Eui-yong revealed few details of the trip as he boarded a plane at Seoul’s Incheon Airport for a brief two-day visit to Washington.
“The most urgent issue is to make sure the United States and North Korea will engage in talks,” Chung said, as he departed with National Intelligence Service chief Suh Hoon.
The two diplomats recently returned to South Korea from an unprecedented meeting with North Korea’s Kim in Pyongyang, believed to be the leader’s first face-to-face talks with South Korean officials since he took power in 2011.
The meeting led to plans for an April summit when Kim will meet South Korean President Moon Jae-in at the demilitarized zone separating the two countries.
On Tuesday, Chung announced the North Koreans were prepared to discuss denuclearization with the US as long as their security was assured, prompting tentative optimism in Washington.
“I think that their statement and the statements coming out of South Korea and North Korea have been very positive,” US President Donald Trump said Tuesday. “I think that they are sincere. … I hope they’re sincere. We’re going to soon find out.”

Agenda unknown
Little is known about the delegations’ visit to the United States, including who they’ll be meeting with and what they’ll be telling their allies about the North Korea meeting.
Robert Kelly, associate professor of political science at Pusan National University, told CNN the South Korean delegation is likely to meet with National Security Adviser H. R. McMaster or possibly US Secretary of Defense James Mattis.
US Secretary of State Tillerson is out of the country on his first official trip to Africa.
Kelly said the level of enthusiasm for talks in the United States could depend on how the South Korean government sells them to the US president.
“We’re a year and a half into US President Trump’s administration and it’s pretty clear Trump wants the publicity and the wins,” he said. “If the South Korea and North Korea deal can be marketed to him in those terms, I think he’ll be on board.”
If any North Korean talks with the United States do take place, there’s a possibility they could be handled by an outside expert, an administration official told CNN Wednesday, due to the depleted nature of the US State Department.
The top diplomat dealing with North Korea, Joseph Yun, is set to retire from his role at the State Department this week. Additionally, the US currently has no ambassador in Seoul, and no nominees have been announced.
Officials told CNN the administration was reaching outside the government to find an expert how could help handle the North Korean regime, alongside Tillerson.
But State Department spokeswoman Heather Nauert on February 27 dismissed claims the US lacked diplomatic experience in the region.

Mattis: ‘Optimistic’ on North Korea
US Secretary of Defense Mattis has said he was “cautiously optimistic” about the offer of talks from North Korea. However he noted there had been “optimism before” about negotiations which had ultimately failed.
“We’re going to have to watch actions and see if they match words,” he told reporters Wednesday during a visit by the Estonian Minister of Defense to the Pentagon.
It is not the first time North Korea has volunteered to hold talks on its nuclear program. In both 1994 and 2005 Pyongyang said it would give up its nuclear arsenal, only to go back on its promise each time.
Kelly said it would take “real” concessions from the North Koreans, involving human rights or their nuclear program, to make him believe they were serious.
“Then Moon can take that to the Americans and the conservatives back in the South, that’s what I’m waiting for,” he said. “The rest is process, what matters is that there are substantial concessions.”
Despite the possibility of talks, two defense officials told CNN the United States has no plans to hold off on its annual drills with the South Korea military.
The exercises, postponed for a month by the 2018 Winter Olympics in Pyeongchang, will begin on March 31, the officials told CNN.
Every year when the drills are held it provokes a strong response from the North Korean government, including military displays of force. According to South Korea, Kim told Tuesday’s delegation he “understands” the inability to delay them.
South Korean officials said they asked the United States to postpone the drills to reduce tensions with Pyongyang, while US officials said it was only moved to avoid a strain on logistics during the Games.