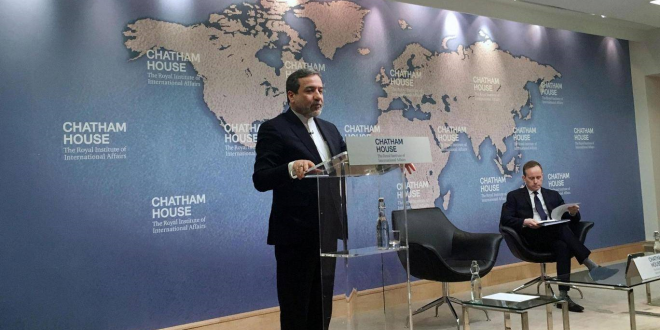 Iran may pull out of its nuclear deal with international powers if Western banks continue to refuse doing business with the country over fear of American sanctions, Tehran’s deputy foreign minister has warned.

Donald Trump has threatened to resume sanctions against the Islamic republic unless the other five states which are signatories to the deal agree to changing the terms and imposing fresh restrictions on Tehran.

UK, France, Germany, Russia and China, the P5+1 group, have all stressed that Iran is abiding by the agreed conditions, as has the International Atomic Energy Agency, the UN body carrying out inspections. Mr Trump, who had threatened to tear up the deal, has declared he will not sign the ongoing waiver on sanctions when it comes up for renewal on 12 May unless the country accepts a new set of measures.

But Iranian deputy foreign minister Abbas Agachi held that the US has already failed to abide by the agreement, which may fall apart anyway because of an “atmosphere of poison” created by Mr Trump. Concern about American financial penalties, he pointed out, has led to a number of banks and financial institutions keeping away from the Iranian market.

“The deal would not survive this way even if the ultimatum is passed and waivers are extended”, said Mr Araqchi. “If the same policy of confusion and uncertainties about the JCPOA  (Joint Comprehensive Plan of Action)  continues, with companies and banks not working with Iran, we cannot remain in a deal that has no benefit for us, and that’s a fact.”

“In Iran, people’s expectations from JCPOA are not met. Most of it is because of this atmosphere of uncertainty which President Trump has created.”

Mr Aragchi stated, “Iran’s commitment to not seek nuclear weapons is permanent and there is no so-called sunset clause in the deal. To make these restrictions permanent means killing the deal. We accepted 10 to 15 years of restrictions for the sake of confidence building. It doesn’t mean we have to build confidence forever. It would be a big, big mistake now if people were to link the JCPOA to any other issues. This was what was agreed when it was signed. The nuclear deal is about security, other issues should be dealt with separately.”