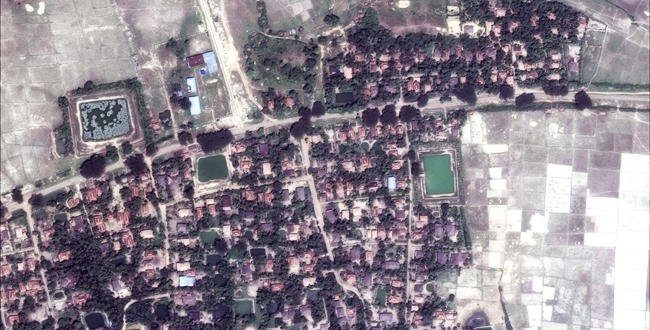 BALUKHALI REFUGEE CAMP, Bangladesh: The Associated Press has confirmed more than five previously unreported mass graves in the Myanmar village of Gu Dar Pyin through multiple interviews with more than two dozen survivors in Bangladesh refugee camps and through time-stamped cellphone videos.
The Myanmar government regularly claims massacres like Gu Dar Pyin never happened, and has acknowledged only one mass grave containing 10 “terrorists” in the village of Inn Din.
But the AP’s reporting shows a military slaughter of civilians, and suggests the presence of many more graves with many more people.
It is the newest piece of evidence for what looks increasingly like a genocide in Myanmar’s western Rakhine state against the Rohingya, a long-persecuted ethnic Muslim minority in the predominantly Buddhist country.