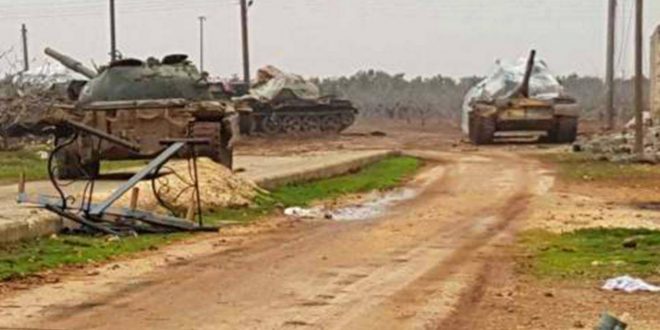 The road to Sinjar passes through dozens of bleak, damp, wrecked villages. Their houses have crumpled under shellfire, the gateways lie in the street, a mosque sprawls half way across a road, its silver metal crescent resting on its side on the pavement. So swiftly have the Islamist al-Nusra group retreated through the fog and rain that the Syrian army has not had time to erase their equally bleak graffiti. “This country will not be ruled except by the Quran and the sharia law,” says one.

Oh yes, it will. Syrian military trucks, ankle deep in mud, some of them new Russian models, are grinding through the murk with thousands of boxes of new artillery ammunition, green oblong boxes and bright wooden crates of mortar rounds. Some arrive packed in container lorries, and drenched Syrian troops heave them to pick-up trucks and jeeps. The Independent is the first foreign media to visit the front line in Idlib province. The air pressure changes and a big gun starts banging off shells from two streets away.

You notice the small things at times like this. A soldier, muffled from the cold by a blanket round his head, picks his way through the wet garbage of the street by what was Sinjar railway station, and shakes his head, and bangs the flat of his hand against his left ear as the gun fires. Two of his comrades warm their hands by a fire in which pieces of furniture – a bedroom cupboard door, with thin-painted yellow patterns on the wood – are smouldering.

When they fought their way into the town this month and battered on down the road to recapture the Abu Duhour airbase – three of its original defenders were captured by al-Nusra and are still being held three years later in the provincial capital of Idlib, fate unknown – Syrian soldiers found that al-Nusra had taken their families out of the town and torn up the single-track Damascus-Aleppo railway line. To sell the steel in Turkey is the popular explanation. Signals lie on an embankment, rails twist off the permanent way. But you can still see what passed for daily life in Nusraland. Five-foot high iron canisters stand by the roadway, a pit of black sludge underneath, the primitive oil refineries with which the Islamists sold the local black gold to the truck and petrol drivers. “Oil refining” is handwritten on a wall – in case you have missed the pits – and “Bank change” on other walls.

The drivers apparently bought in US dollars and Turkish currency to pay for their smuggled goods. Then there are other signs which speak of a weird normality within war: “Frigidaire repairs”; “pharmacy”; “mechanic”; “flour”. Did the militiamen and their families really have fridges to fix? And could they still visit Dr Adel Khreim whose painted wall advertisement stands close to the station? There are the vestiges of ancient cities on the road north – a ruined palace at Qasr Abu Samra of black volcanic rock – and the remains of more recent “civilisations”: a scorched and semi-armoured al-Nusra vehicle, a burnt-out tank in the gully of the highway.

In the office of the local Syrian field commander – he is a thickset man with a round face and rather a lot of energy, he almost shouts his replies but is under orders to remain anonymous – you listen to a list of villages which have been captured. “Despite [the] Astana [talks], we were ordered to head north-east along the line of the railway,” he announces. On military maps, Islamist-held areas are coloured blue, Syrian army territory green. The green on the map is pushing north. “Even the Nusra said that if we captured Sinjar, we would take the airbase – and that’s what happened.”

The general is a thoughtful man who does not pause before he answers questions – always a give-away sign that he doesn’t particularly mind telling the truth. Did he think the war would go on this long – seven years – I ask him? “On the second day of the war,” he replies, “I called my wife and she asked if the troubles were going to continue and I said to her: ‘This is the first 10 years. After that will be the consequences’.” So, I conclude, Syria has at least another three years to go. The general laughs. “I am not an astrologist.” How did it begin?

He dismisses my suggestion that economic mismanagement drove the discontented poor in their tens of thousands into the bidonvilles around Syria’s great cities. No, he says, it was an international conspiracy – after four decades in the Middle East, I am used to these plots – that began when the assassination of Rafiq Hariri, Lebanon’s former Prime Minister, forced the Syrians to leave Lebanon. That’s when Lebanon “came to” Syria. I shall return to “the plot” later in my journey across Syria.

But was I really to believe that the 2005 car bomb which killed Hariri – his son is now the Lebanese Prime Minister (the guy who was forced to resign as a hostage of the Saudis last year and then de-resigned when safely back in Lebanon) – spread like a political cancer through all the bloodbaths of Syria and that was why these hundreds of soaked and cold Syrian soldiers around me in Sinjar were preparing for their next attack? Dozens of Russian-made tanks stood in the fields outside the town, some of them parked next to the gaunt skeletons of a pistachio orchard. The crews had thrown tarpaulin and plastic sheeting over the gun turrets to stop the showers of freezing rain spilling through the hatches. On some cracked pavements in Sinjar, bright golden shells were simply stacked in front of houses.

It’s no great secret that the real Syrian army objective now is to reopen the highway between Homs, Hama and Aleppo, clear out the Islamist “dumping ground” of Idlib province (through which we were now driving in our car) and keep Isis in their own surrounded pocket of territory further east. But where will the Syrians drive them? North to Turkey where Recep Tayyip Erdogan’s army has rashly streamed into Afrin province? A lot of Islamists have been pushed over the Turkish border in the past, especially those who surrendered all but their personal weapons in Homs and asked to be bussed out.

All around Sinjar and its broken villages, there is mud. Tanks and guns always turn soil into brown liquid which quickly becomes bog. Mud has always accompanied soldiers. My shoes sink into the dark glue. Simply walking a couple of dozen feet sucks the energy out of you. Can you learn the length of a conflict from these insane trips to front lines? I suspect perhaps so.

For it does sound – and look in this sodden landscape – as if the general’s three years might be close to the truth. Outside the country, Syria is ignored these days. By me, too. Hasn’t Isis been beaten? Haven’t the Russians and the Syrians won? They are certainly winning. But visit these swamped battlefields, and you have a distinct feeling that the war goes on. 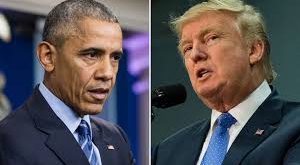