Previous climate models may have been ‘on the hot side’

Computer modelling used a decade ago to predict how quickly global average temperatures would rise may have forecast too much warming, a study has found.

The Earth warmed more slowly than the models forecast, meaning the planet has a slightly better chance of meeting the goals set out in the Paris climate agreement, including limiting global warming to 1.5C above pre-industrial levels.

Scientists said previous models may have been “on the hot side”.

The study, published this week in the journal Nature Geoscience, does not play down the threat which climate change has to the environment, and maintains that major reductions in emissions must be attained.

But the findings indicate the danger may not be as acute as was previously thought.

Myles Allen, professor of geosystem science at the University of Oxford and one of the study’s authors told The Times: “We haven’t seen that rapid acceleration in warming after 2000 that we see in the models. We haven’t seen that in the observations.”

The original forecasts were based on twelve separate computer models made by universities and government institutes around the world, and were put together ten years ago, “so it’s not that surprising that it’s starting to divert a little bit from observations”, Professor Allen added.

According to The Times, another of the paper’s authors, Michael Grubb, a professor of international energy and climate change at University College London, admitted his earlier forecasting models had overplayed how temperatures would rise.

At the Paris climate summit in 2015, Professor Grubb said: “All the evidence from the past 15 years leads me to conclude that actually delivering 1.5C is simply incompatible with democracy.”

But speaking to The Times he said: “When the facts change, I change my mind, as [John Maynard] Keynes said.

“It’s still likely to be very difficult to achieve these kind of changes quickly enough but we are in a better place than I thought.”

Professor Grubb said the reassessment of the situation was good news for low-lying countries and island states in the Pacific, which would be swamped by sea-level rises if average temperatures rose by more than 1.5C.

The previous scenario allowed for the planet to emit a total of 70 billion tonnes of Carbon after 2015, in order to keep temperature rises to just 1.5C above pre-industrial levels.

But the reassessment allows for a “carbon budget” of another 240bn tonnes of emissions before catastrophic damage is done.

“That’s about 20 years of emissions before temperatures are likely to cross 1.5C,” Professor Allen said.

“It’s the difference between being not doable and being just doable.” 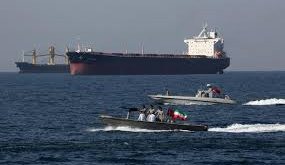 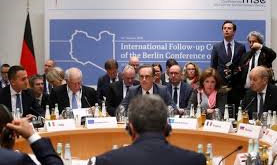 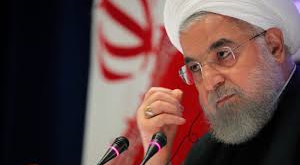