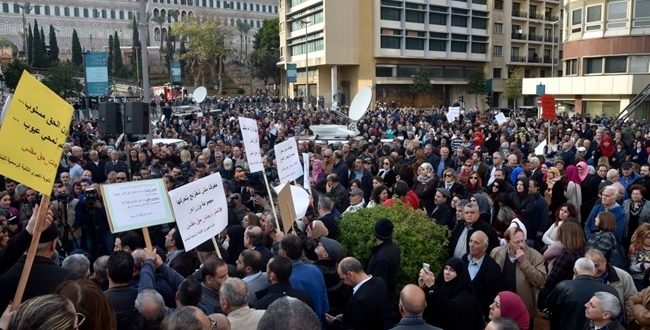 The Cabinet will meet again Thursday after concluding another fruitless session to agree a draft state budget, yet Information Minister Melhem Riachi described the deliberations as “positive.” “We continued discussing the budget … and the salary scale and all the files that are included within the budget,” he told reporters after the meeting Wednesday. “We think the results will be positive … I don’t think that the discussions will end during tomorrow’s session because the conversation is long, but it is scientific and very positive. There is an insistence by Cabinet to protect the state treasury … in addition to protecting the rights of citizens.”
Meanwhile the International Support Group for Lebanon called for the political powers to agree on the parliamentary electoral law as it reiterated support for the country.
“The members of the group confirm their commitment to Lebanon’s security and stability,” a statement by the Members of the International Support Group for Lebanon said.
“[We call on] all members to reach an early understanding that would provide the right electoral framework for Lebanon.”
Elections are scheduled for May, yet the nature of the electoral law governing them remains the most contentious issue in politics as consensus remains elusive.
The statement stressed that the elections should take place in a peaceful and transparent manner, as members of the group reaffirmed their willingness to support such endeavors. “This is an important step in maintain Lebanon’s democratic traditions and fulfill the aspirations of the Lebanese people.”
ISGL also confirmed its commitment to stability and security in Lebanon, lauding the “political clout [that] has resulted in the reactivation of the Lebanese state institutions,” following the election of a president in October and the record time to form the Cabinet.
The group of international countries was established in 2013 to help Lebanon’s state institutions and military deal with the massive influx of Syrian refugees as well as the fallout from the country’s civil war.
The ISGL brings together the governments of China, France, Germany, Italy, the Russian Federation, the United Kingdom and the United States, as well as the European Union and the Arab League.
But political parties seem no closer to a unified alternative vote system.
“We are demanding that all of Lebanon’s components be represented [in Parliament] so they can form an opposition from inside the legislature,” Hezbollah’s Loyalty to the Resistance parliamentary bloc MP Mohammad Raad said following a meeting with President Michel Aoun Wednesday. Hezbollah, the Amal Movement and the Free Patriotic Movement, formerly led by Aoun, have demanded a proportional voting system. The Future Movement and Lebanese Forces are calling for a hybrid electoral law that would retain elements from both the proportional and current majoritarian systems of representation.
Progressive Socialist Party leader MP Walid Jumblatt has demanded a modified version of the current 1960 vote law.

Interior Minister Nouhad Machnouk Saturday signed the decree urging voters to participate in elections on May 21.
Machnouk said he was “obliged” by law to call on voters to prepare for elections ahead of a Feb. 21 deadline set out by the constitution. He added that if rivals agreed on a new vote law, a “technical” delay of elections would occur to train employees and explain the new law to the electorate. The decree was then endorsed by Prime Minister Saad Hariri who told voters to get ready.
Yet Aoun vowed escalatory measures in order to realize a new vote law, as he remains staunchly opposed to holding elections under the 1960 system. Aoun, along with several other parties representing Christian constituents say, the 1960 law marginalizes the sect’s representation in Parliament.
In addition to the nature of the electoral law, the single other most contentious issue in politics is the endorsement of a daft state budget, which would be Lebanon’s first since 2005.
The issue is, true to form, complicated. Aoun wants an audit of the $11 billion extra-budgetary spending by former Prime Minister Fouad Siniora’s government, while the Amal Movement is calling for the inclusion of the new wage hike in the draft budget.
To that effect, Finance Minister Ali Hasan Khalil – a close aide to Speaker Nabih Berri – has proposed a series of taxes to finance the salary scale that would cost the treasury around LL1.2 trillion ($800 million).
The proposals include raising the value added tax from 10 to 11 percent, increasing taxes on corporate profits from 15 to 17 percent and slapping a 15 percent tax on profits from any real estate transaction.

Ahead of Wednesday’s Cabinet session, Khalil met with Aoun. “I discussed with his excellency the stages of the discussions on the budget … I am still very optimistic that it would be decided in the soonest time in order to organize public finances,” he said in a statement. “I would like to clarify … that there is no intention at all to impose any taxes on the poorer classes or those with limited incomes.”
As the ministers convened in the Grand Serail, a few hundred civil servants as well as public and private teachers rallied outside.
Protesters were pushing for the inclusion of a salary hike, a long-standing demand, in the draft budget – a call Berri is spearheading.
Head of the Private Schools Teachers Syndicate Nehmeh Mahfoud lamented attempts by ministers to delay the approval of the salary scale.
“We were compelled to take the streets. Don’t provoke us further,” he told the crowd. “[We] don’t mind if the [proposed] salary scale was included in the budget or not. We just want them to approve a fair salary scale.”
He warned of future escalatory measures that he claimed would impact Lebanon’s future and its schools. “It’s a shame,” he added.
The Union Coordination Committee persuaded some private and public schools across the country to join the one-day strike in order to pressure the government into approving the new salary scale. Similar rallies, albeit on a much smaller scale, were also held across Lebanon. 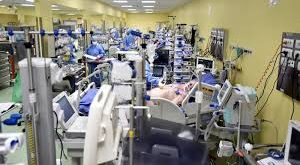 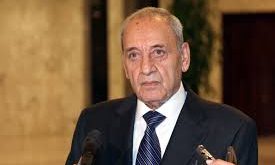 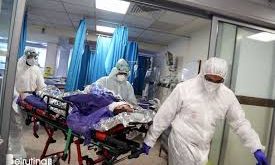